The legacy of apartheid, which saw black South Africans who made up over 80 percent of the population consigned to less than 10 percent of the country, has ensured that land and housing remain highly charged issues. 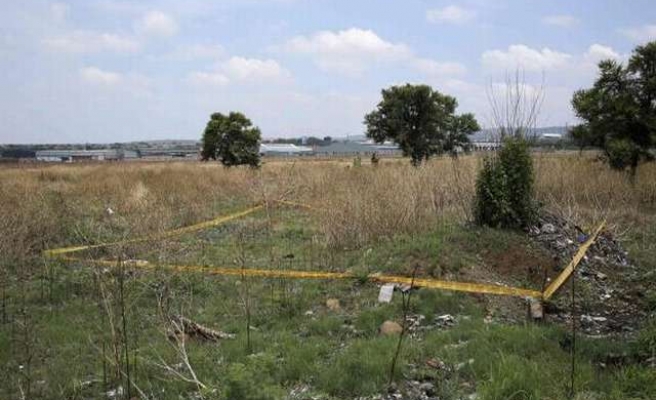 Frustrated South Africans who waited years to receive free homes and plots of land from the government have resorted to grabbing public land on which to build makeshift homes.

"But it's the government that pushes them to do this," Kota, a member of the Unemployed People's Movement, added.

Last month, police in Pretoria used rubber bullets to disperse South Africans who had attempted to seize public land on which to build makeshift shacks.

The land in question had been earmarked for a low-cost housing development.

Kota has no objection to people taking public land, noting that such moves also constitute a political statement.

He said that South Africa's black majority, most of which lives in poverty, had given the ruling African National Congress (ANC) its votes in every election in hopes that an ANC-led government would work in its interests.

The committee said the illegal appropriation of land belonging to other parties was both "unconstitutional" and "regrettable."

"The committee views the actions allegedly committed by members of the Economic Freedom Fighters [party] in a serious light," committee head Phumzile Ngwenya-Mabila said in a statement.

She added that her committee had faith in government programs aimed at addressing "skewed" land ownership.

Ngwenya-Mabila called on South Africans to be patient with government land distribution programs.

"The committee encourages people to use legal and available… processes to acquire land, be it for human settlements or agricultural purposes," the official said. "Our country cannot self-destruct now on such a critical issue as land."

"Some politicians are trying to use the land issue to mobilize support," he told AA.

He pointed to what he described as "inequalities" in land ownership in South Africa, but denied claims that 80 percent of the country's land was owned by some 30,000 white farmers.

Constitutional expert Shadrack Gutto, for his part, called for drawing a distinction between foreign companies that grab land for commercial purposes and homeless South Africans who appropriate land on which to build homes.

"By grabbing land, people are sending the message to the government that they have waited long enough to get housing," Gutto told AA by phone.

He added, however, that frustrated South Africans nevertheless had to abide by the government's policies and laws.

Kota, meanwhile, said some of those who grabbed land on which to build shacks lacked adequate sanitation.

"The mere fact that someone decides to grab land and live without sanitation shows how desperate and frustrated they are," he said.

Kerwin Lebone, a researcher, noted the large demand for land and housing in South Africa's urban areas, where most land appropriations occur.

"Frustration is highest in urban areas because that's where people go in search of employment," Lebone, who works for the South African Institute for Race Relations, told AA.

"They appropriate land to build informal settlements when they can't find suitable accommodations near work or can't afford to rent accommodations," he added by email.

Lebone said that between 1994 and 2013, the South African government had produced close to 2.6 million subsidized homes for approximately 8.8 million people.

He added that, despite this accomplishment, the government still fell short of producing 2.1 million homes for those who remain on the waiting list.

AA could not obtain comment from the Economic Freedom Fighters party regarding claims that its members had played a role in recent land appropriations.