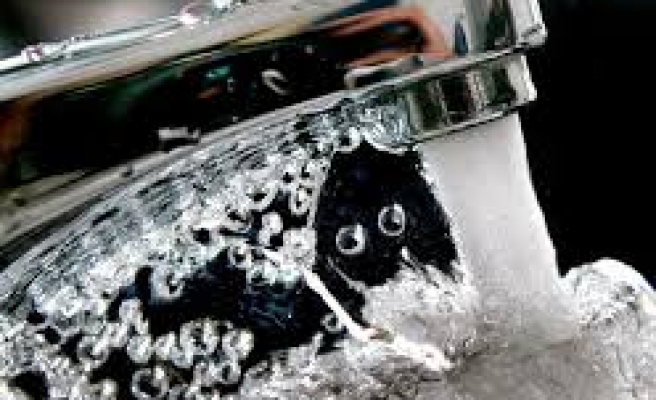 "We are currently working on the modalities to install smart water meters," Michael Chideme, a spokesman for the Harare City Council, told The Anadolu Agency.

He said the council had asked the State Procurement Board to engage suppliers, expecting installation of the meters to begin in the third quarter of 2015.

"Smart water meters are council property, just like other council infrastructure," Chideme explained. "Charges will be based on consumption; there will be no fixed charges."

Water meters are used to measure the volume of water consumed by residential and commercial buildings that are supplied with water via public water supply systems.

Under the proposed scheme, Zimbabweans will pay a minimum of $5 in advance to access water. When they run out of credit, they will be required to top up.

Residents currently pay water consumption charges at the end of each month.

The City of Harare has been issuing many summonses to residents for not paying rates, water and rubbish removal charges.

Zimbabweans have long complained of an inconsistent water supply. Many households, especially those in the capital's northern and eastern suburbs, rarely receive municipal water.

Many Zimbabweans, meanwhile, are opposed to the orepaid water meter scheme.

"The Harare Residents' Trust (HRT) is fully and justifiably opposed to the concerted efforts by local authorities to push for the installation of prepaid water meters at the household level," HRT Director Precious Shumba told AA.

He insisted that, under Section 77 of the national constitution, water access was a basic human right.

"By installing prepaid water meters, the council will be indirectly privatizing water, making it more expensive than it currently is," said Shumba.

The council, he added, "should first explore other options for raising revenue from water rather than rushing to introduce a project that they have not fully evaluated."

The HRT is a registered NGO devoted to promoting the interests of Harare Metropolitan Province residents in issues of local governance.

Shumba lamented that the City of Harare was constantly talking about promoting citizens' participation in government without taking any tangible steps in this regard.

He recalled that city officials had initially held a stakeholders' meeting at which water officials had informed the public of their plans to install prepaid water meters in households.

At the time, they had also promised to conduct a pilot study in the Avenues area, which receives daily water supplies, to measure how the new meters would work and to gauge the cost.

Shumba said the officials had promised to present the pilot study's findings to concerned stakeholders.

"But from the outset, the council has failed to give people any feedback; we only hear that the council will be installing the prepaid water meters," he told AA.

"The council knew the results [of the pilot study] would be opposed by residents, so they kept the information from them," Shumba asserted.

He said residents wanted to see water coming out of their taps – and to know if water would soon be available in areas that have gone without it for years.

Israel Mabhoo, a Harare resident, described the prepaid water meter scheme as a "neo-capitalist" plan by the administration to generate profits by bracketing citizens as economically equal.

"Residents will remain firm against water meters until our marginalized [communities] are protected," he told AA. "We advocate for the municipalization of water."

But Clifford Muzofa, a Harare City Council official, attributed resistance to the scheme to the fact that most residents were used to using municipal water without meeting the costs of production.

Zvapano Mungamasa, director of health services in the southeastern town of Masvingo, also supports the initiative.

"Prepaid water meters will allow local authorities to raise revenue for water purification and other maintenance costs," he told AA.

He said the move would prove a positive one if the services thus paid for benefited the public and council department workers.