A senior State Department official said last week that Bashir would "not receive a warm welcome" if he travelled to New York. 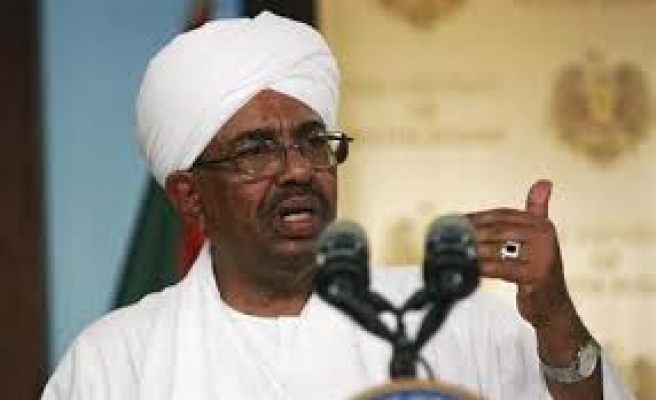 The US has led calls for Bashir to face international justice over bloodshed in the now decade-old conflict in Sudan's Darfur region, and a senior State Department official said last week that Bashir would "not receive a warm welcome" if he travelled to New York.

At a news conference on Sunday, Bashir did not say whether the United States had granted him a visa yet, but did say he had made preparations to fly to New York via Morocco.

'We booked a hotel'

"We booked the flight route via Morocco ... we booked a hotel," he said, adding that it was his right to attend the UN assembly.

Bashir said he was not worried that US authorities would arrest him, as demanded by human rights groups, because Washington is not a member of the ICC.

"Nobody in the US can question me or hold me," he said.

A State Department official, speaking on condition of anonymity, said the department had received a visa application from Bashir.

The official offered no comment on whether a visa had been issued.

The ICC issued arrest warrants for Bashir in 2009 and 2010 on charges of orchestrating war crimes and genocide, requiring member countries to detain him if he entered their territories.

Since then, he has limited his travel mostly to African neighbours and Arab allies.

The US is not a member of the Netherlands-based ICC, and is not legally bound to hand the president over, but it has transferred ICC suspects to the court before.

Human Rights Watch (HRW) urged, in a statement, members of the UN to publicly oppose Bashir's attendance of its General Assembly.

"If al-Bashir turns up at the UNGA, it will be a brazen challenge to Security Council efforts to promote justice for crimes in Darfur," said Elise Keppler, associate international justice program director at HRW.

"The last thing the UN needs is a visit by an ICC fugitive", she added.

Mainly non-Arab tribes took up arms in Darfur in 2003 against Bashir's Arab-dominated government, complaining of neglect and discrimination.

The conflict has killed more than 200,000 people and displaced about 2 million, according to human rights groups and UN officials.

Sudan dismisses the ICC charges, says reports of mass killings in Darfur have been exaggerated, and refuses to recognise the court, which it says is part of a Western plot.

African hostility to the ICC has been growing due to a perception that prosecutors disproportionately target African leaders - a charge the ICC denies.