A spokesman for Libya's renegade general Khalifa Haftar denied the claim that one of his planes was shot down by the Benghazi Revolutionaries Shura Council. 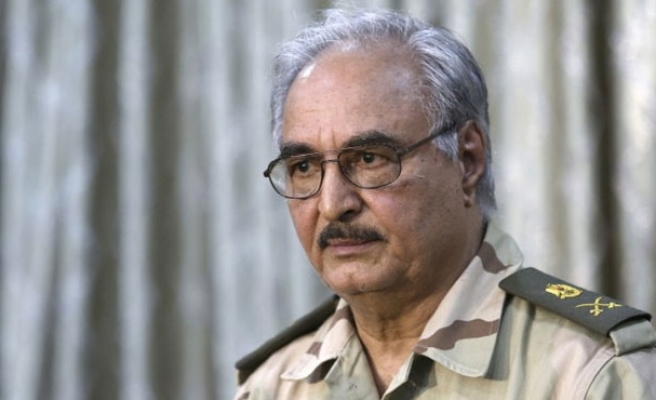 A Libyan Islamist militia on Friday claimed to have shot down a plane operated by forces loyal to renegade general Khalifa Haftar in the eastern city of Al-Al-Bayda' – a claim swiftly dismissed by a Haftar spokesman.

"The plane was shot down amid the revolutionaries' ongoing fight against Haftar's campaign," Abdel-Rahman Mohamed, a spokesman for the Benghazi Revolutionaries Shura Council, a Benghazi-based militia, told Anadolu Agency by phone.

Mohamed, however, did not reveal the fate of the downed plane's crew or how the aircraft was brought down.

Haftar spokesman Mohamed Hegazi confirmed that one of their planes had crashed in the city, but attributed it to a "technical malfunction."

"The plane was on a military mission when it crashed due to a technical malfunction," he said. "The pilot, identified as Ibrahim al-Manfi, was killed in the crash."

In May, Haftar declared war on armed Islamist militias based in eastern Libya, dubbing his campaign "Operation Dignity" – the stated aim of which was to "purge" Libya of "extremists."

At the time, the government in Tripoli described Haftar's campaign as a "coup attempt."

After serving as army chief-of-staff under Muammar Gaddafi, Haftar spent nearly two decades in the United States in exile before returning to Libya in 2011 to join the uprising against the autocratic ruler.

Since Gaddafi's ouster and death, Libyan authorities have struggled to restore law and order, with many militias that had helped overthrow Gaddafi refusing to surrender their weapons.