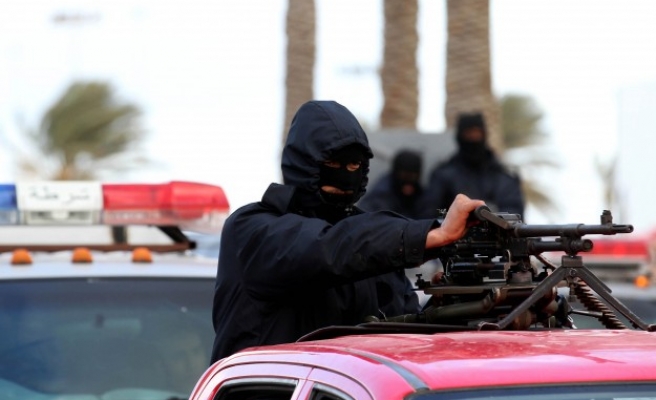 In a statement, the National Alliance for the Defense of Legitimacy condemned the beheading of 21 Egyptian Copts at the hands of militants affiliated with ISIL in Libya.

"We condemn the killing of Egyptians in Libya and warn from implicating Egypt in adventures abroad," the pro-Morsi bloc said.

The bloc also accused the Egyptian government of being complicit in the killing of Egyptians for "failing to save them despite the crisis extending for several days."

"The strikes have achieved their objective with precision," the army spokesman said, noting that the Egyptian fighter jets returned to their bases safely.

The announcement came one day after a video emerged to show the beheading of 21 Egyptian workers in Libya by masked men purportedly belonging to ISIL.

"We stress that avenging Egyptians and seeking retribution from murderers and criminals is a duty that we must fulfill," Samir said in his Monday statement.

The video, posted on several ISIL-associated websites on Sunday evening, featured a group of masked men pulling 21 men dressed in orange jumpsuits allegedly along the Libyan coast. The masked men then beheaded the 21 men.

In a televised speech following the emergence of the video, Egyptian President Abdel-Fattah al-Sisi said that his country "reserves the right to respond at the appropriate time to avenge the killing of its nationals."

Al-Sisi said he also ordered Egypt's National Defense Council to be in continual session to consider appropriate measures in this regard.

Egyptians in particular became targets for attacks in Libya, prompting Egypt's Foreign Ministry to warn citizens against travelling to the fractious neighboring state.