The Egyptian media had recently reported that the Gamaa Islamiya group and the Muslim Brotherhood – two of the coalition's leading member groups – were at odds over the latter's alleged monopolization of the bloc's decision-making process. 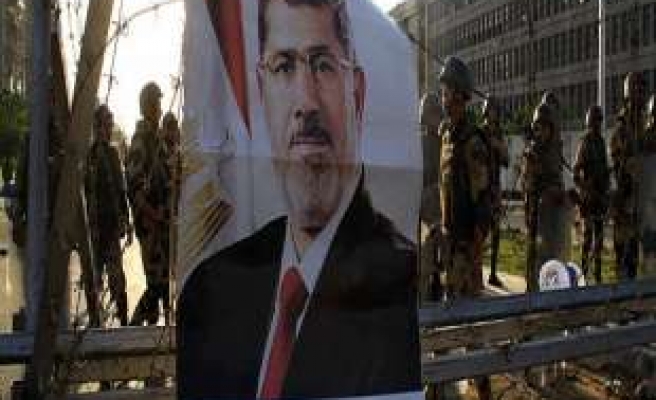 The National Alliance for the Defense of Legitimacy, a coalition of largely Islamist groups that support ousted President Mohamed Morsi, has denied reports of internal rifts in the bloc.

"There are no differences between coalition members," Magdi Salem, deputy leader of Egypt's Islamic Party and a leading coalition member, told Anadolu Agency on Tuesday.

He said that coalition decisions were taken "democratically" following consultations with all member parties.

"No party is monopolizing decision-making inside the coalition," he said.

The Egyptian media had recently reported that the Gamaa Islamiya group and the Muslim Brotherhood – two of the coalition's leading member groups – were at odds over the latter's alleged monopolization of the bloc's decision-making process.

Sources close to the coalition had reportedly said that Gamaa Islamiya had blamed the Brotherhood for the death of scores of protesters during Sunday demonstrations as a result of the Brotherhood's insistence on staging protests in Cairo's Tahrir Square.

At least 54 pro-Morsi demonstrators were killed on Sunday, which also marked the 40th anniversary of Egypt's October 6 military victory against Israel.

Salem argued that reports of rifts between coalition members were aimed at sowing divisions within the pro-Morsi bloc.

"The coup leaders feel that the coalition's unity poses a major threat to them," he said.

Ihab Shiha, coalition leader and head of the Asalah Party, stressed the unity of the pro-Morsi alliance.

"The coup leaders have tried and failed to lure members away from the coalition," he said, adding that bloc members were aware of the "malicious" attempts to sow division within their ranks.

"These reports are groundless and devoid of truth," he said.

He added that coalition members had various viewpoints, but stressed that, "at the end of the day, all parties abide by [the coalition's final decisions]."

"Maintaining the coalition's unity will remain a strategic goal until the end of the current crisis and the defeat of the coup," he said.