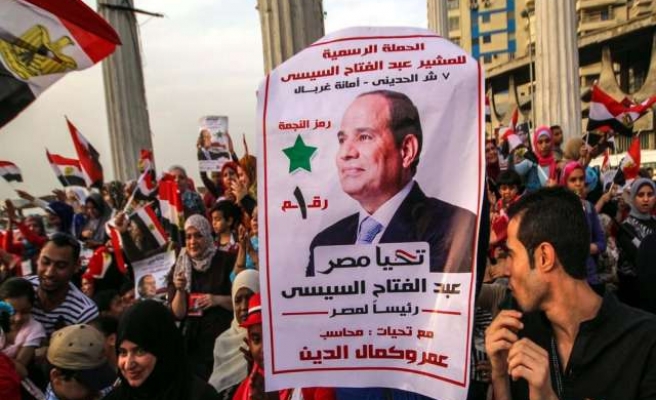 Several pro-government demonstrations were held on Friday evening in a number of Egyptian provinces to denounce what participants described as "non-peaceful protests" staged by supporters of ousted president Mohamed Morsi.

Demonstrators declared their support for the police and military against protests called for by the National Alliance for the Defense of Legitimacy, Morsi's main support bloc, and Egypt's Salafist Front, a component of the alliance.

Another pro-regime rally was staged in the province of Giza, during which protestors called on al-Sisi to "finish the Muslim Brotherhood."

Similar rallies were staged in the northern provinces of Alexandria and Gharbiya.

Calls for anti-regime protests on Friday had alarmed Egypt's security agencies, which warned of potential violence by demonstrators.

The authorities – which have unleashed a broad crackdown on dissent, mainly targeting Morsi supporters – had threatened to use live ammunition against anyone who attacked state institutions during Friday's planned protests.

Morsi, the country first freely elected president and a Muslim Brotherhood leader, was ousted by the army last year following protests against his single year in office.

Al-Sisi, a former army general who played a key role in Morsi's ouster, was declared the winner of a presidential election conducted in May.