Kenyan police fired rubber bullets in the air and teargas to disperse protesters in Mombasa after "unknown gunmen" shot dead a Muslim cleric. 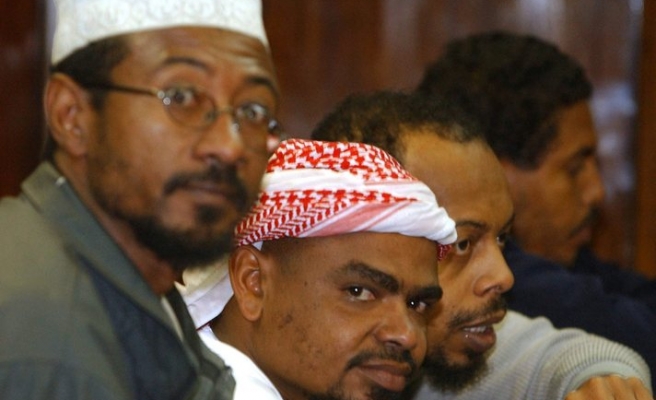 Kenyan police fired rubber bullets in the air and teargas to disperse protesters in the Kenyan city of Mombasa on Monday after "unknown gunmen" shot dead a Muslim cleric.

Rogo was facing charges of planning acts of terror and importing illegal weapons.

The United Nations Security Council placed a travel ban and asset freeze on the cleric in July, saying he had provided "financial, material, logistical or technical support to al-Shabab".

He was the "main ideological leader" of Kenya's Al Hijra group, also known as the Muslim Youth Center (MYC), the UN said in July.

The group is viewed as a close ally of the al-Shabab in Kenya.

"He was driving in a personal car with other four other occupants. Unknown gunmen attacked his vehicle ... sprayed it with bullets and killed him on the spot," Robert Kitur, deputy police chief for the region said.

Kenyan police fired rubber bullets in the air and teargas to disperse protesters in Mombasa, Kenya's main port city and a popular tourist destination. The city has a high population of Muslims.

Police blamed on the killing

Thousands of protesters stoned cars along the main highway linking Mombasa to Mali, another tourist town, and burnt tyres to prevent cars from using the road.

They smashed their windscreens and headlamps, chanting slogans in Arabic before they were dispersed with teargas.

Others vandalised at least four churches on the outskirts of the city, breaking chairs and turning an altar upside down.

Shops in Mombasa were shuttered as armed police patrolled streets usually full of shoppers and foreign tourists as many people barricaded themselves indoors.

The protesters blamed police for the killing of Rogo.

"These are police who have killed our innocent Sheikh. They have shot him dead. They imposed on him terrorism charges, arrested and charged him, now they fear the court will release him, and have decided to end his life," Suleiman Athman, a Muslim youth taking part in the demonstration, said.

"It's an attack on Muslims, and we will not take it lightly."