Negotiations between Azawad groups and the government of Mali kicked off in the Algerian capital on July 16. 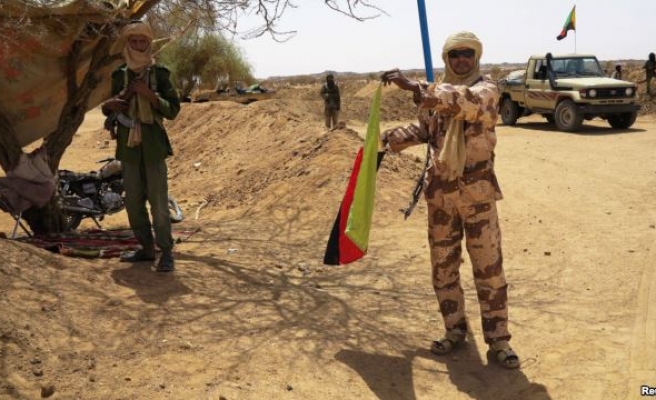 Five Malian rebel groups partaking in Algeria-hosted peace negotiations have agreed to demand a federal system in northern Mali's restive Azawad region, according to a statement.

Mali's National Movement for the Liberation of Azawad, Arab movement of Azawad, Coordination of Patriotic Resistance Forces and Movements, Higher Council for Unity of Azawad and Coalition for the People of Azawad signed a document obtained by Anadolu Agency Saturday evening which demands a "a federal political and institutional system for Azawad to be recognized by the state and the international community."

Last month, rival Azawad armed groups signed in Burkina Faso an agreement for the cessation of hostilities amongst them. The agreement makes it necessary for these rival groups to stop fighting and suspend their animosities.

Negotiations between Azawad groups and the government of Mali kicked off in the Algerian capital on July 16.

A second round of the talks were scheduled to start on Friday but were postponed indefinitely.

Tensions erupted in Mali in 2012 following a failed coup and a Tuareg rebellion that ultimately allowed Al-Qaeda-linked groups to take over half of the country.

Former colonial power France sent troops to Mali and – with the help of Chadian and other African forces – flushed the Islamists from the country's main northern cities.