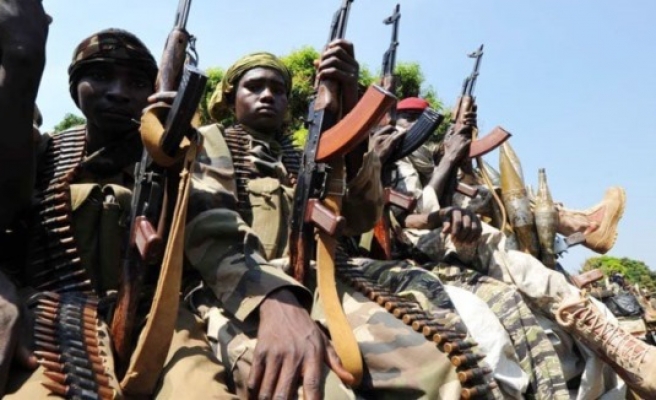 Seventeen people were killed in a gun battle between rival factions of the Seleka rebels in territory they control in Central African Republic, a rebel spokesman said on Tuesday.

The clash over control of potentially lucrative roadblocks highlights factional tensions within the coalition that for months has controlled the north of a country riven along sectarian lines by a conflict that has killed thousands of people and displaced around 1 million.

Three people were also wounded in the clash that started on Monday in central market area of the town of Bambari and was continuing on Tuesday, the rebels' spokesman, Captain Ahamat Najat, said.

"It was a clash between the Selekas of the Goula ethnic group and the Peul Selekas. It all started when the Goula Selekas went to dislodge the Peul Selekas from a roadblock about 5 km (3 miles) outside town because they are were committing lots of abuses," Najat told Reuters.

Religious leaders in Bambari initiated mediation on Tuesday but they made little initial progress. Peacekeeping troops and a conflict-resolution group went to the scene in the morning but fighting continued, Najat said.

The former French colony has been gripped by violence since March 2013 and continued after the resignation of Seleka leader Michel Djotodia from the presidency in January.

Most Muslims have fled the south of the country to escape violence, creating a de facto partition. Some members of the Seleka leadership have pushed for this to be formalised.

Roughly 2,000 French and 6,000 African Union peacekeepers have been deployed to Central African Republic, but they have struggled to help the weak transitional government stamp its authority.