The Congolese army, backed by the United Nations, has been fighting a Ugandan group known as the ADF-NALU militia since December 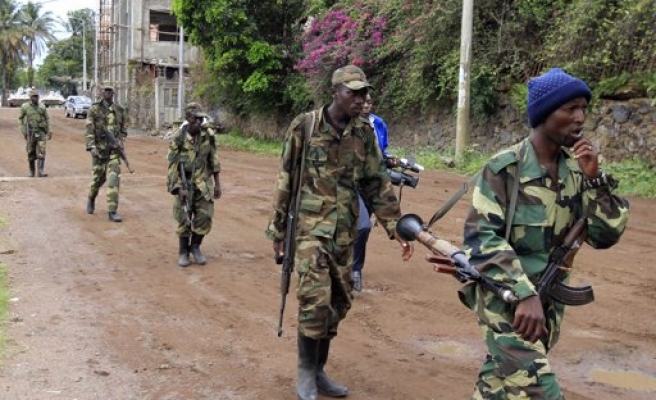 Five U.N. peacekeepers were injured when rebels ambushed their vehicle in eastern Democratic Republic of Congo on Monday, the U.N. mission in the country said.

Two people on motorbikes attacked the U.N. vehicle with a grenade near the airport of Mavivi de Beni, the U.N. peacekeeping mission MONUSCO said in a statement on Tuesday. It vowed to continue fighting against armed groups in the region.

The Congolese army, backed by the United Nations, has been fighting a Ugandan group known as the ADF-NALU militia since December following rebel attacks against civilians in the eastern province of North Kivu.

Monday's attack immediately followed comments from a Congolese army spokesman who said that it had destroyed the bases of ADF-NALU and aimed to crush the rebels in the next few days.

ADF-NALU is an alliance of groups opposed to the Ugandan government that has operated from bases in eastern Congo since being forced out of Uganda in the mid-2000s.

It has been blamed for a spate of kidnappings and attacks over the last year, culminating in a Christmas Day assault near Beni that killed about 40 civilians. It is believed to number up to 1,400 fighters.