Libyan rebels clashed with gunmen loyal to Gaddafi in the insurgent-held east, raising opposition fears that his agents had infiltrated the area days after the mysterious killing of the rebel military commander. 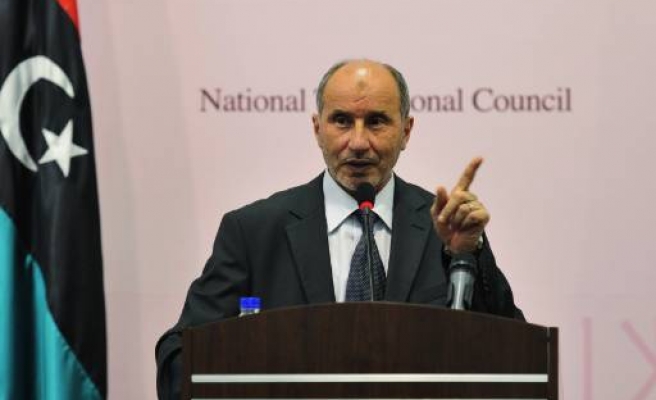 Libyan rebels clashed on Sunday with gunmen loyal to Muammar Gaddafi in the insurgent-held east, raising opposition fears that his agents had infiltrated the area days after the mysterious killing of the rebel military commander.

The assassination of General Abdel Fattah Younes, apparently by gunmen on his own side, has hurt the opposition just as it was winning broader international recognition and making gains against Gaddafi's forces in the Western Mountains and elsewhere.

Rebel spokesman Mahmoud Shammam said heavy clashes had broken out when rebel forces attacked a militia that had helped some 300 Gaddafi loyalists break out of jail on Friday.

At least six rebels were killed in the fighting with the militia, whose members appeared to be experienced and armed with machineguns, rocket-propelled grenades and explosives.

"At 8 a.m., the barracks was brought under control. Thirty men surrendered and we took their weapons," Shammam told reporters. "We consider them members of the Fifth Column."

The clashes reflect growing fears within the opposition that Gaddafi loyalists are exploiting the lawlessness that prevails in the east, which is awash with weapons and armed gangs.

The fighting took place as speculation swirls over the murky circumstances of Younes' death. The 67-year-old general's record as Gaddafi's interior minister before his defection in February, made him the target of suspicion among many in the opposition.

Some Libyans suspect his execution was ordered by rebel leaders for treason, many say he was killed by Gaddafi spies, and others suggest a rebel splinter group had acted alone.

In an apparent effort to assuage anger among Younes' relatives, the rebels have named Suleiman Mahmoud al-Obeidi, a member of the same tribe, as acting military chief, pending discussions over who should lead the campaign against Gaddafi.

Rebels who rose up against Gaddafi in February have seized swathes of the country but remain poorly equipped and are still far from ousting him, despite support from NATO airstrikes.

On Sunday, rebel tanks pounded Gaddafi troops in Tiji, some 200 km (124 miles) southwest of Tripoli, inching one km closer to the last government stronghold in the Western Mountains.

"We are going to take Tiji, I know it. And that will clear the way for us to head to Tripoli eventually," said fighter Naji Shayboukh, who was holding a home-made rocket-launcher.

Rebels also made advances on Saturday towards Zlitan, some 160 km (100 miles) east of Tripoli and the largest town remaining between rebel-held Misrata and the capital.

Hospital sources said 12 rebels were killed and 60 wounded in the heaviest fighting in about three weeks, and the rebels said they had now reached Zlitan's eastern suburb of Zdou.

"Most of the casualties today were from Grad missiles and mortar fire. We have advanced well and God willing we will be in Zlitan soon," said Ibrahim Buwathi, 24, who had a shrapnel wound in his shoulder and was awaiting treatment at the hospital.

About 20 explosions rocked the nearby rebel-held city of Misrata overnight, in an apparent attack by Gaddafi loyalists.

Libyan rebels also said they had moved closer to Brega, and were now positioned 5 to 7 km from the east of the oil town.

Fighting at Brega had slowed over the past two weeks as the rebels, many inexperienced and ill-equipped, struggled to defuse hundreds of thousands of mines planted by Gaddafi's forces.

Rebels said they planned to advance soon on Brega, where some 3,000 heavilycarmed government troops remain positioned.

As Libya's civil war grinds on into Ramadan with no end in sight, Libyans on both sides of the conflict say shortages, high prices, rising summer temperatures and worry about relatives fighting on distant fronts could mar the Muslim fasting month.

"Ramadan will be very tough for us. We're already struggling now. The weather will be very hot and we won't have the energy to fight while we are fasting," said Abdelbadr Adel, 19, a rebel fighting in the Western Mountains.

The longer the war drags on, the further eastern Libya appears to slip into lawlessness, raising questions about what kind of Libya could emerge if Gaddafi goes.

Many rebels had been uncomfortable working under Younes, a man who had been so close to Gaddafi for 41 years, and rebel sources said on Thursday he had been recalled over suspicions he or his family were secretly in contact with Gaddafi.

Government spokesman Moussa Ibrahim said Younes had been killed by Fawzi Bu Kitf, head of the Union of Revolutionary Forces, a federation of armed rebel groups that works with the Benghazi-based Transitional National Council.

Moussa also accused Ismail al-Sallabi, head of the Feb 17 Brigade, an armed group that falls under the Union umbrella, of involvement in the assassination.

In an apparent effort to distance himself from the killing, Bu Kitf said on Saturday that Gaddafi loyalists were trying to sow chaos in rebel ranks. He named the key suspect as Mustafa al-Rubh, a field officer who had been sent to arrest Younes.

"He is a member of the Union as an individual," Bu Kitf told reporters. "Whatever was done was done through his own idea."