The civilians were killed in a raid Thursday by the Allied Democratic Forces (ADF), a shadowy armed group rooted in Ugandan Islamism that has killed hundreds of people since 2014. 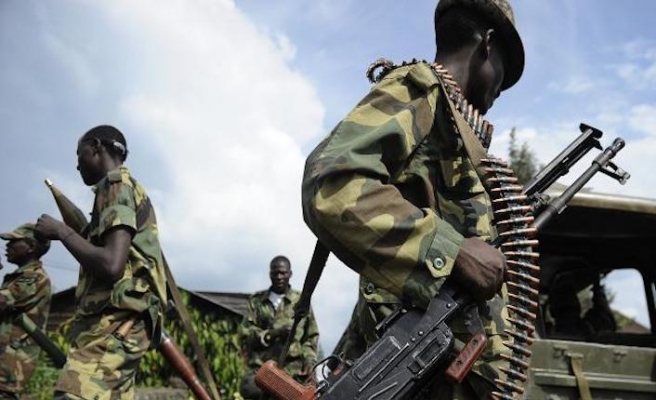 Five people have been shot dead by a militant group in eastern Democratic Republic of Congo, a civil society leader said Friday as the military attacked rebels in the Ebola-plagued region of Beni.

It comes after the UN Security Council said Thursday eight UN peacekeepers -- one Tanzanian and seven Malawians -- were killed in an offensive against the ADF "stronghold" of Kididwe.

The town has been used as a springboard for militia attacks on the suburbs of Beni city,  according to a Congolese military officer.

The UN has said insecurity is hampering efforts to contain the disease in a region that has been troubled for decades by inter-ethnic bloodshed and militia violence.

The sound of loud explosions were heard in Beni on Friday morning, according to witnesses.

Congolese military forces were battling militants in the Beni district of Mayangose, army spokesman Captain Mak Hazukay said, and civilians were "formally banned" from travelling there.

"We continue to pound the positions of the ADF," he told AFP.

Earlier this week the UN warned that fighting in eastern DR Congo could hamper the country's ability to stage elections on December 23 for a successor to President Joseph Kabila.

"I have grown increasingly alarmed over the situation in Beni in recent months, where we continue to face major challenges in implementing our mandate," Leila Zerrougui, head of the UN stabilisation mission to the Democratic Republic of Congo, MONUSCO, said on Monday.

"There is a potential for armed group interference in elections in specific areas throughout eastern DRC," she told the UN Security Council's monthly meeting on the DRC.