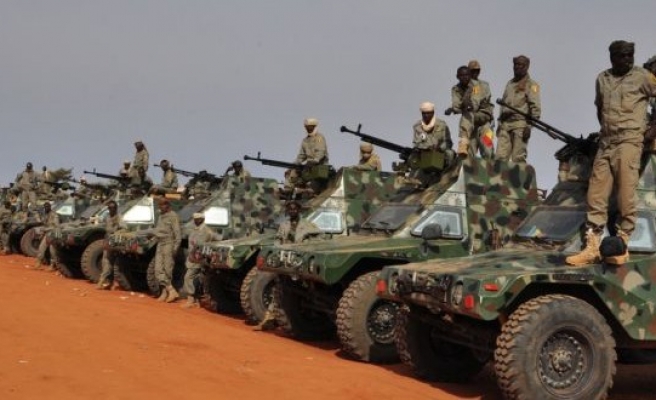 “Many decisions had to be taken before the force could become operational,” Mebe Ngo’o said in an exclusive interview. “It was first necessary to delimit the force’s area of ​​intervention.”

“This was done following an agreement between Cameroon, Chad, Nigeria and Niger,” all of which contributed troops to the force, the minister added.

“Each country has granted the force a part of its territory,” he explained.

“The second important decision was the establishment of the force’s General Staff,” Mebe Ngo’o said, “in which all positions of responsibility have now been filled”.

Supported by the African Union, the force is headquartered in Chadian capital Ndjamena.

Another Cameroonian general, Bouba Dobekreo, is the commander of the MNJTF’s operations in Mora, a town in Cameroon’s Far North Region near the Nigerian border, which has been targeted several times in recent months by Boko Haram.

MNJTF member countries are currently awaiting a mandate for their operations from the UN Security Council, which, taskforce officials say, “will not take long”.

“The MNJTF includes 10,500 men, including 8,500 soldiers and 2,000 gendarmes, police officers and civilians,” one member of the African Union’s Peace and Security Commission, told Anadolu Agency.

The same source, who preferred anonymity, said that Cameroonian President Paul Biya had already authorized the deployment of 2,450 troops as part of Cameroon’s contribution to the MNJTF.

According to Mebe Ngo’o, Cameroon has also set up a three-year “emergency program” along its border with violence-wracked Nigeria aimed at boosting economic projects and creating jobs in the region.

The project’s short-term goal is to provide jobs to young people living in precarious conditions so they are less vulnerable to Boko Haram recruiters who promise them money in exchange for loyalty.

Boko Haram, which has reportedly pledged allegiance to the ISIL militant group and now wants to be called the “Islamic State in West Africa Province” is known to have conducted several cross-border attacks in Niger, Chad and Cameroon in recent months.

Although the Nigerian army says it has degraded the militant group’s capacities, Boko Haram fighters have continued to stage frequent attacks in the country’s northeast that have mainly targeted civilians.