Military prosecutors questioned Asmaa Mahfouz on Sunday and ordered her to be tried in front of a military court. 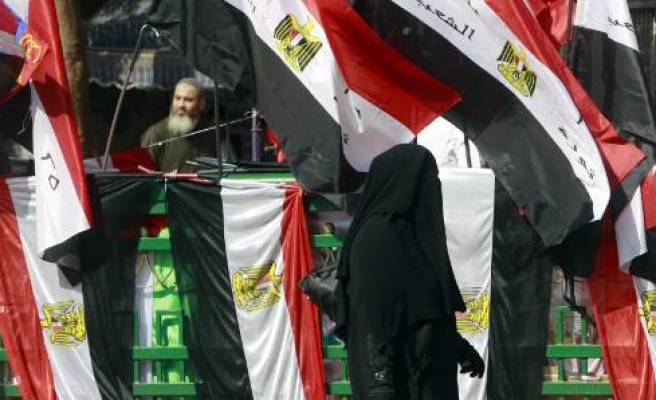 Two international rights groups urged Egypt's military council on Wednesday to drop charges against an activist accused of insulting the army, saying the leadership was trying to silence critics.

Military prosecutors questioned Asmaa Mahfouz on Sunday and ordered her to be tried in front of a military court. They freed her on 20,000 Egyptian pounds' ($3,350) bail.

Mahfouz is a former member of the April 6 Movement which was at the forefront of protests in January and February that ended President Hosni Mubarak's three decades in power.

She was charged with allegedly calling military rulers a "council of dogs" and inciting violence by warning the military on Twitter that armed groups could appear and assassinations could take place if the judiciary failed to uphold the rights of citizens.

If convicted, Mahfouz could face up to three years in jail.

Amnesty International said sending the activist to a military court was "intended to send a message to those critical of the authorities that dissent will not be tolerated".

It said the charges "must be dropped".

The army, which has pledged to steer the country towards democratic, civilian rule, has been criticised over the continued use of military courts to try civilians.

The Muslim Brotherhood, one of Egypt's most organised political groups, denounced the army on Wednesday for what it said was the use Mubarak-era tactics to stifle dissent.

Many members of the Islamist group were tried in military tribunals during Mubarak's rule.

The army says military courts should only be used on a temporary basis to handle security problems after the uprising.

It says the military trials are reserved for serious crimes and not to quash freedom of expression.

Since January, at least 10,000 civilians have been sentenced by military courts, said Human Rights Watch (HRW).

The charges included insulting the military and chanting slogans against Field Marshal Mohamed Hussein Tantawi, the head of the military council.

"The military is using (Mahfouz) to silence potential critics, sending the message that criticising the current military government will land them in jail," HRW said.