The Cairo Institute for Human Rights Studies said the move came after the expiration of a deadline set by the Social Solidarity Ministry for "unregistered entities" to register themselves with the government under a "draconian" law regulating the activities of NGOs. 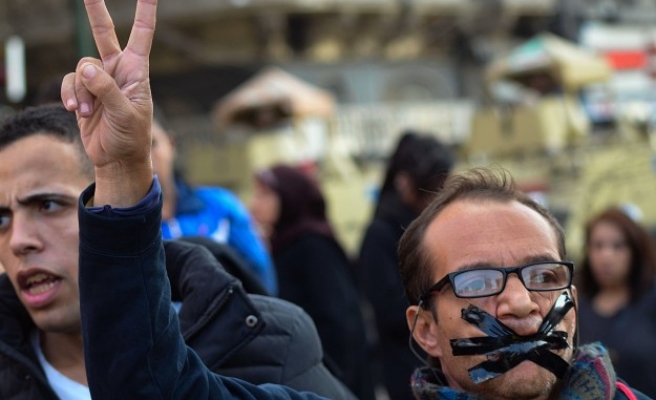 A Cairo-based human rights watchdog has announced plans to relocate its regional offices from the Egyptian capital – where it has been based for 11 years – to Tunisia, citing a "declaration of war on civil society" by Egypt.

"The Cairo Institute for Human Rights Studies (CIHRS) has decided to move its regional and international programs outside Egypt in light of the ongoing threats to human rights organizations and the declaration of war on civil society," the NGO said in a statement.

The watchdog said the move came after the expiration of a deadline set by the Social Solidarity Ministry for "unregistered entities" to register themselves with the government under a "draconian" law regulating the activities of NGOs.

It also attributed the move to "mounting security pressure [by the government] aimed at shutting out every independent, critical voice from the public sphere, individuals and institutions, Islamist or secular."

In its statement, the group decried "the deterioration of human rights in the country to a level unprecedented in Egypt’s modern history."

Yet the CIHRS also voiced hope that it would not have to relocate its Egypt program, which, it said, included projects for teaching and disseminating a culture of human rights and a number of media projects.

The group, meanwhile, said it would set up shop in Tunisia, where it was legally registered after that country's 2011 uprising, going on to hail Tunisia's "democratic" NGO law, which, it said, was in line with international standards.

Mona Nader, media officer for CIHRS, told The Anadolu Agency that the center would keep its current name despite the planned move, as was the case with the organization's Geneva branch.

The Egyptian government has given all civil society organizations operating in the country until November 10 to register and rectify their status in accordance with recently-ratified legislation.

Some local and international groups have voiced concern that the new law gives the government the right to close any rights group it wants to and freeze their assets while depriving them of the right to appeal the move – an assertion the government dismisses.

In response to the center's planned relocation, Social Solidarity Minister Ghada Wali voiced surprise over the move, asserting that she did not know the "real reasons" for the decision.

"The center has not submitted any application to rectify its status, the ministry has not taken any legal action against it, and we have no comment about those who insist on going abroad to attack their country from there," she was quoted as saying by the state-run MENA news agency.

Last month, Human Rights Watch urged the UN to condemn the "dramatic reversal" of human rights in Egypt under President Abdel-Fattah al-Sisi, who won presidential elections earlier this year – the first polls to be held since last year's ouster of elected president Mohamed Morsi by the army.

In its appeal, the rights group warned that Egypt's new NGO law posed an "imminent threat to shut down the country’s most prominent non-governmental organizations."