Rival forces stand off ahead of mediation in Burkina

A mediation between elite soldiers and troops loyal to the government has given way for a peace agreement with the presidential guard to leave Ouagadougou. 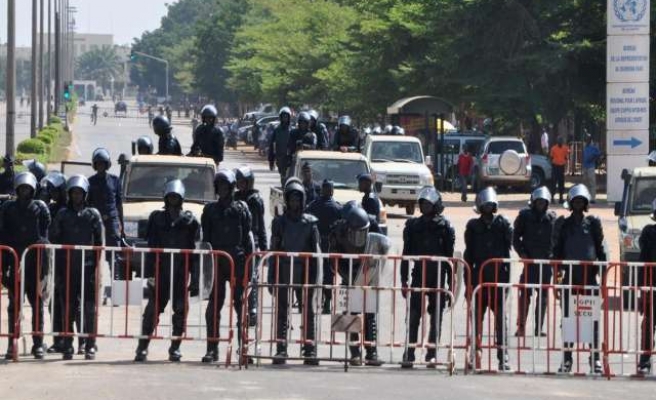 The elite soldiers behind a coup in Burkina Faso and regular troops loyal to the government signed an agreement overnight to avoid an outbreak of violence as mediators were due to arrive in the capital, said a traditional leader involved in the deal.

Under the terms of the accord, the presidential guard agreed to leave Ouagadougou's streets and return to barracks while loyalists will withdraw 50 km (31 miles) outside of the capital, said the Mogho Naaba, the head of the ethnic Mossi community.

"They want to avoid clashes between soldiers ... They are the ones who must protect the people and their belongings. I ask everyone to forgive," he said.

The presidential guard, which stormed a cabinet meeting a week ago and took the president and other government members hostage, will be confined to Camp Naba Koom II, their base in the capital. They must carry out an inventory of their arsenal within 72 hours.

Following an emergency summit of the regional bloc ECOWAS in Nigeria on Tuesday, the presidents of Senegal, Togo, Benin, Ghana, Niger and Nigeria were to travel Burkina Faso on Wednesday to ensure that President Michel Kafando is reinstalled.