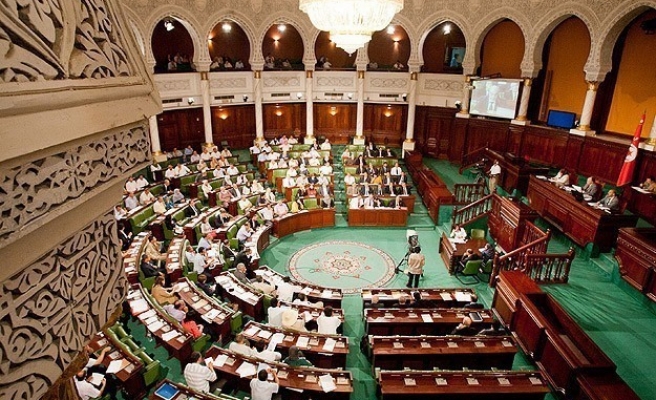 Libya's prime minister-designate Abdullah al-Thinni on Saturday said that he would present his new cabinet lineup to parliament in the evening on Sunday.

He said the new cabinet would contain 12 ministers only.

Al-Thinni added in a press conference in the eastern Libyan city of Tobruk that the government would carry out its job from the Libyan capital Tripoli after the exit of militant groups from it "either by peaceful means or by war."

On Thursday, Libya's parliament decided to give al-Thinni ten days to form a minor emergency government, following its rejection of his proposed 18-member cabinet.

Loud debates took place at parliament on Wednesday over al-Thinni's proposal that some former ministers be given ministerial portfolios in the new government.

Lawmakers refused giving these portfolios to cabinet members who proved failure in the previous government, some lawmakers attending the session told Anadolu Agency.

During his press conference on Saturday, al-Thinni lashed out at his country's Misrata militias, accusing them of representing a radical current. He denied reports that these militias controlled the whole of western Libya.

"They only control Tripoli and some areas around it," he said.

He accused the militias of wanting to divide his country into three regions, noting that wise Libyans would not accept this division.

Al-Thinni also accused these militias of committing crimes and destroying the homes of Libyan citizens.

He noted that his country's crisis would not resolved by arms only.

Late on Friday, Omar al-Hasi, a prime minister appointed by the rival parliament in Tripoli, said his government was preventing the country from being destroyed.

Ever since, rival militias have locked horns, bringing violence to Libya's main cities, including the capital Tripoli and the eastern city of Benghazi – while the Libyan government has appeared to be absent from the scene.

Two assemblies currently vie for legislative authority: the newly-elected House of Representatives, which convenes in the eastern city of Tobruk; and the General National Congress, which – even though its mandate ended in August – continues to convene in the capital Tripoli.