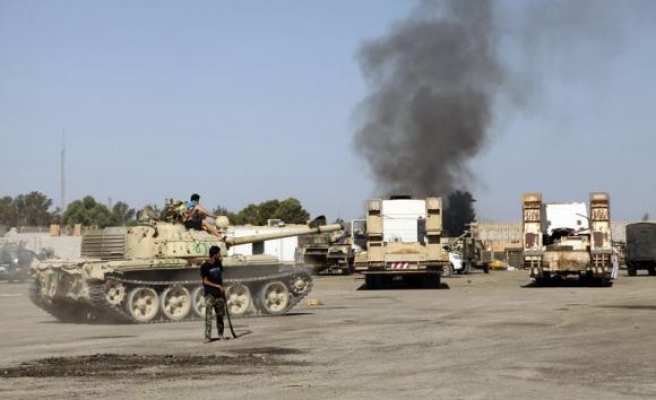 Attackers fired rockets at eastern Libya's Labraq airport on Saturday, an airport source said, targeting one of the oil producer's few functioning air hubs in a country gripped by violence.

Labraq has become the main gateway into eastern Libya since Benghazi airport stopped working in May due to fighting.

The North African nation has descended into chaos with two governments and parliaments vying for control, while militants exploit a power vacuum four years after the ousting of Muammar Gaddafi.

The airport attack came a day after militants claiming loyalty to ISIS killed more than 40 people in suicide car bombings in Qubbah, a town some 50 km away.

Labraq is located near Bayda, the seat of internationally recognised Prime Minister Abdullah al-Thinni since he had to flee the capital Tripoli when it was taken over by an armed group in August which set up a rival government and parliament.

Helicopters took off from Labraq on Friday hours after the suicide bombings to attack militant targets in Derna, according to a military source.

The militants claiming responsibility for the Qubbah bombings had said in a statement they had acted in revenge for Egyptian air strikes on ISIS targets in Derna on Monday, a day after the group released a video showing the execution of Egyptian Copts.