Ruling coalition in Kenya moves to create a single party

The coalition said in a statement it would work on developing a roadmap "towards the ultimate merger into the new political outfit". 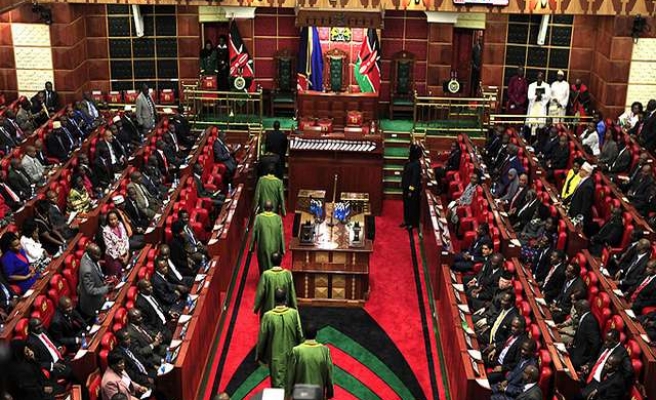 Kenya's ruling coalition, which includes former, bitter ethnic and political rivals, on Saturday moved closer to merging into a single Jubilee Alliance Party ahead of elections due in 2017.

Following a two-day parliamentary retreat that was attended by President Uhuru Kenyatta, the coalition said in a statement it would work on developing a roadmap "towards the ultimate merger into the new political outfit".

The coalition was formed two years ago and triumphed in the 2013 elections that saw Kenyatta, a member of the large Kikuyu ethnic group, win the presidency, while William Ruto, who is an ethnic Kalenjin, became his deputy.

The two men were in rival camps in a 2007 election that were marred by accusations of vote rigging, leading to two months of violence that killed some 1,200 people.

Both Kenyatta and Ruto were later indicted by the International Criminal Court (ICC) for crimes against humanity for their alleged role in fomenting the clashes.

The case against Kenyatta, the son of Kenya's first president, collapsed late last year after prosecutors said they did not have sufficient evidence. Ruto's case is continuing in the Hague.

Prosecutors said star witnesses in Kenyatta's case were intimidated into withdrawing their testimony. Kenyatta's lawyers have denied this.

As part of Saturday's announcement, lawmakers agreed to a closer working relations between coalition partners in parliament, and between lawmakers and cabinet secretaries, to more effectively drive the coalition's agenda.

The coalition also declared "unwavering support" for Ruto as his ICC case continues, as well as for the broadcaster Joshua arap Sang, another defendant in the case.