Russia undecided on US draft resolution on S. Sudan 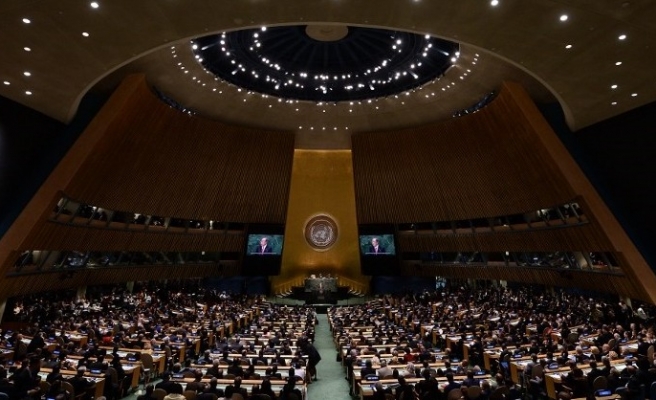 Russia is still doubtful regarding the U.S. proposed draft resolution on South Sudan, Pyotr Ilyichev, Russia's Deputy Ambassador to the UN said Thursday. The draft includes an arms embargo and expansion of sanctions against the central African country.

"We have concerns, we have reservations. We need to study everything carefully because the resolution is complicated with many components," the diplomat said.

"We are supposed to receive the instructions tomorrow (Friday)," Ilyichev added.

The U.S. resolution implies that the sanctions will become effective as of September 1, if South Sudanese president Kiir refuses to sign a peace agreement with the rebels and a ceasefire regime fails to come into force. The sanctions under the draft will be imposeed against both government and the rebels.

"But the Americans have not yet announced the names of people whom they would like to subject to sanctions," he explained adding that the list would be added to the draft resolution as a supplement.

Ilyichev did not name a concrete date when the draft could be put to vote.

"The Americans want to do that tomorrow. But we do not understand how they can finalize such a complicated resolution in such a short period of time," he said.

According to him, when Russia suggests some of its ideas to the US, it takes much more time for it to coordinate its decision.