Rwanda rejected as malicious and ridiculous on Friday a leaked draft UN report that said its troops may have committed genocide in Congo in the 1990s. 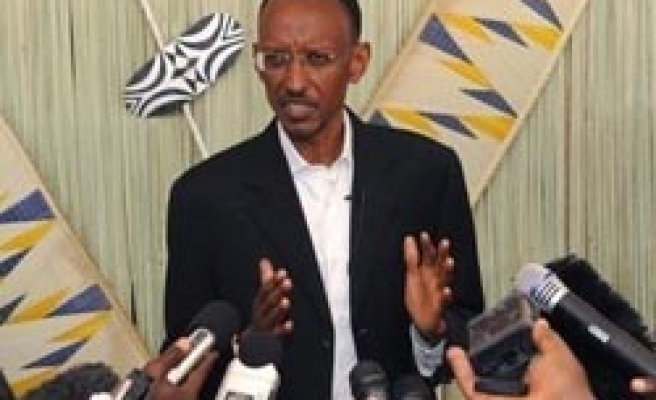 Rwanda rejected as malicious and ridiculous on Friday a leaked draft United Nations report that said its troops may have committed genocide in Congo in the 1990s.

It accused the U.N. of seeking to bury its own failings.

The U.N. High Commissioner for Human Rights report, seen by Reuters on Thursday, details some 600 serious crimes committed by various forces from a number of nations in Congo, but experts said Rwanda came off worst due to the genocide charge.

"It is immoral and unacceptable that the U.N., an organization that failed outright to prevent genocide in Rwanda ... now accuses the army that stopped the genocide of committing atrocities in the Congo," said Rwandan government spokesman Ben Rutsinga.

U.N. peacekeepers were widely criticised for failing to prevent the 1994 slaughter of 800,000 Tutsis and moderate Hutus in Rwanda that ended only after Tutsi-led fighters under current President Paul Kagame retook control of the country.

Rwanda's army then invaded Congo, ostensibly to hunt down Hutu fighters who had taken part in the killings and fled into eastern Congo, then known as Zaire.

In the process, Rwandan forces swept the Congolese AFDL rebels of Laurent Kabila to power in Congo. Both forces have been accused of a string of rights abuses against Hutu fighters and civilians across the country.

Rwanda said in a statement the timing of the "malicious, offensive and ridiculous" report was meant to deflect attention away from mass rapes that U.N. troops currently in Congo failed to stop in villages earlier in August.

It accused U.N. investigators of failing to consult Kigali during their probe, which the government said was "based on questionable methodology, sourcing and shockingly low standard of proof."

France's Le Monde newspaper said Rwanda had threatened to withdraw peacekeepers from Sudan over the charges.

U.N. spokesman Martin Nesirky told reporters in New York there had been "correspondence" from Rwanda concerning the report, but he declined to give details.

The U.N. has said the leaked report was only a draft version and experts say diplomats are debating whether to include the genocide accusation in the final copy of the document, which is due to be presented next week.

The report was intended as a mapping exercise of the most serious crimes committed in Congo, which is still seeking political stability, battling economic woes and debating the future role of U.N. peacekeepers ahead of elections next year.

But Rwanda said the report risked undoing progress in establishing peace, security and economic collaboration in the bitterly divided region.

"The report is a dangerous and irresponsible document that under the guise of human rights can only achieve instability in the Great Lakes Region and undermine ongoing efforts to stabilise the region," the Rwandan statement said.