Rwanda's Democratic Green Party has been officially recognised as a political party after years of what it calls government obstruction and faces a race against time to field candidates for next month's election. 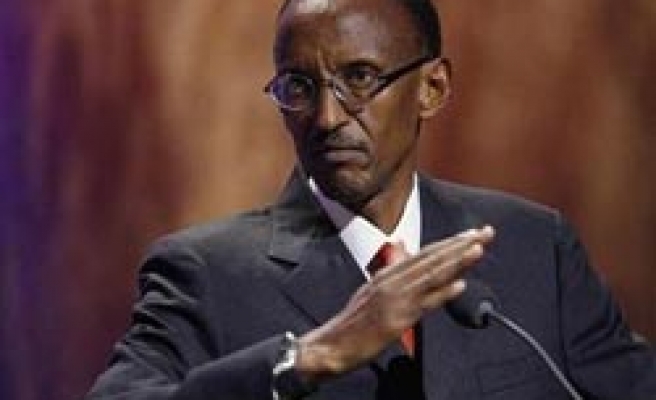 Rwanda's Democratic Green Party has been officially recognised as a political party after years of what it calls government obstruction and faces a race against time to field candidates for next month's election.

Rwandan President Paul Kagame earned international praise for rebuilding the country after the 1994 genocide, but critics accuse the former rebel commander of being authoritarian and trampling on political freedoms, charges he rejects.

The new party launched in 2009 and tried to register before the 2010 presidential elections which Kagame won in a crushing victory. Months before the 2010 poll, the party's vice president was murdered. No-one has been prosecuted.

Senior Human Rights Watch (HRW) researcher Carina Tertsakian acknowledged the party's registration was a "good sign" but said it was unclear how much freedom it would enjoy and too early to be seen as a real opening of the democratic space.

"There's a well documented pattern of opposition parties in Rwanda being blocked, threatened and infiltrated," she said.

Nominating parliamentary candidates within a few weeks could be difficult, and Democratic Green Party president Frank Habineza has asked for a week's extension to allow the party to collect the necessary documents.

"Even if they are able to do it, with just over a month until elections it is hard to see how they are going to be able to compete on a level playing field in terms of organising and campaigning," HRW's Tertsakian said.

Victoire Ingabire, a leading Rwandan opposition figure and head of the unregistered FDU-Inkingi party, was unable to stand in the 2010 presidential vote after being accused of genocide-related charges and forming an armed group.

Ingabire is appealing her 2012 convictions.

"The journey has been very tough," Habineza said late on Friday. "We hope the government will continue opening more space for opposition politics and let democracy take root."