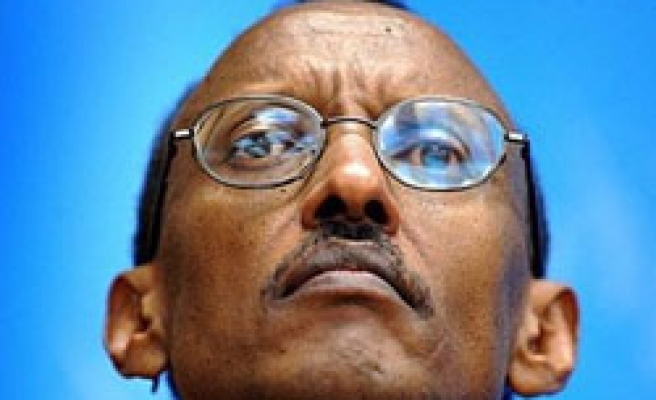 Under Kagame's leadership, the east African country has become a favourite with foreign investors. The order book for Rwanda's debut eurobond in April was 8.5 times the $400 million sought, underlining its steady economic growth.

But Kagame's opponents have accused him of cracking down on political opponents and restricting press freedoms - allegations he dismisses.

Some Rwandans said turnout was low in their constituencies.

"People felt like there was no point voting, the RPF was going to win," said one man from eastern Rwanda, withholding his name, a common occurrence in a country where many feel scared to talk out against the authorities.

Others said that although the result was predictable, the process had been free and fair.

"We can choose whoever we want to vote for," said Claudette, a 30-year-old teacher from Kigali.

Pro-government newspapers have published a number of articles in recent months raising the prospect of Kagame running for a third term in 2017, a move that would require the next assembly to change the constitution to extend term limits.

Kagame, a bush fighter-turned-statesman widely lauded for transforming Rwanda's economy after the 1994 genocide, has so far sidestepped questions on the issue.

The Social Democratic Party and Liberal Party polled 13 percent and 9.4 percent respectively, initial results showed. Although not part of a governing coalition, neither party has proved a significant voice for opposition in parliament.

"The opposition parties do what the RPF tell them to do," said a student from Kigali who did not give his name.

Voters cast their ballots on Monday for 53 directly elected seats. A further 27 seats are reserved for women, youths and disabled representatives who are being indirectly elected on Tuesday and Wednesday. Those candidates are not aligned to specific parties.