The activists asked Woolworths to remove Israeli products from its shelves and respect an International boycott of Israel. 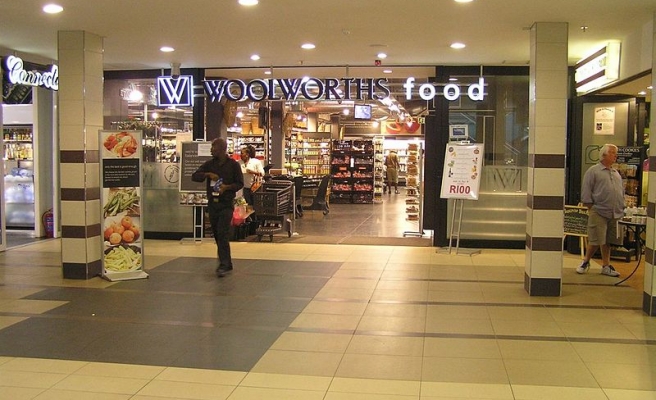 South African activists on Saturday began their Monthly National Day of Action against retail giant Woolworths, asking the store to remove Israeli products from its shelves and respect an International boycott of Israel.

Students and young activists from the South African chapter of the global Boycott, Divestment and Sanctions (BDS) campaign sang to the tune of Trey Songz “Oh Nana” which they adapted to read as follows:

“Oh nana, look what Woolies started. Oh nana, why you gotta be so brutal. Oh nana, I aint gonna spend this cash. Oh nana, if you keep stocking from Israel.”

Participants also embarked on a massive distribution of pamphlets, but a short time later security personnel at the mall started chasing them away from the site.

The security personnel also tried to prevent photojournalists and videographers from taking photos and filming their action against the activists.

Masabata Ralitabo, a camerawoman for South Africa’s state broadcaster SABC News, stood her ground as the mall security personnel tried to prevent her from filming.

Muhammed Desai of BDS South Africa told Anadolu Agency that there was one incident where a security man pushed over a female activist which led her to fall on the ground.

"There was, however, no other violence and the protest was generally peaceful," he said.

Some people around the mall cheered the protesters as they walked past the building.

"These protests, pickets, flash mobs, till-jamming and other actions will be intensified as Woolworths refuses to meet with BDS South Africa in order to resolve this issue of them trading with Apartheid Israel,” Kwara Kekana of BDS South Africa said in a press release.

She added that people should not fall for the trap of making the Boycott Woolworths protests the problem.

She said the problem is that Woolworths maintains trade links with Israel in violation of the international boycott against Israel.

“Woolworths has taken one of its worst business decisions in a long time by holding onto its Israeli trade links while losing its customers and tarnishing its image” Kekana said.