Most victims were women who were trafficked internationally and domestically from rural areas to cities. 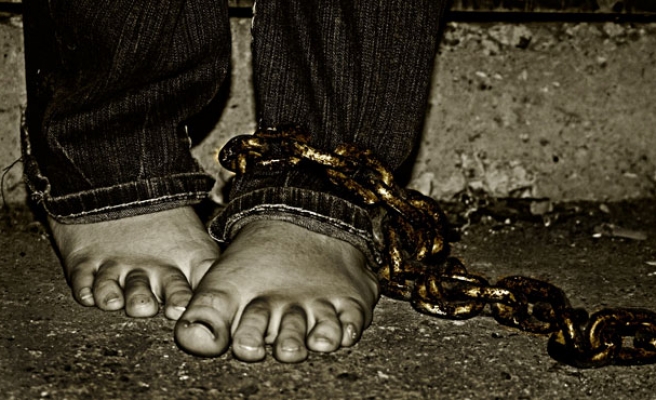 The South African government on Friday vowed to fight human trafficking in the mineral-rich country, which is regarded as a major transit point for human traffickers.

"As a country, we have long grappled with human trafficking," Connie Nxumalo, deputy director-general at the Ministry of Social Development, said at a roundtable discussion held to brainstorm new ways to combat the phenomenon.

She said South Africa had legislation banning human trafficking, but needed to implement it.

The South African police Services (SAPS) said in its presentation that most victims were women who were trafficked internationally and domestically from rural areas to cities.

"Major brothels and strip clubs [in South Africa] have women who may be victims of trafficking, sold or rented from organized crime enterprises," SAPS said.

The police body added that it hoped to bust such brothels in a bid to find out whether foreign women inside were there of their own free will.

"Foreign women are a big attraction at brothels and strip clubs. Some brothels have between two and 25 foreign women," it added.

In Africa and the Middle East between 2010 and 2012, sexual exploitation accounted for 53 percent of trafficking victims, according to the UN's 2014 Global Report on Trafficking in Persons.

Another 37 percent were subjected to forced labor, servitude and modern slavery, the report found.

According to the International Labor Organization, about 21 million women, men and children are forced to work in inhumane conditions – on farms, in sweatshops, on board fishing vessels, in the sex industry or in private homes.

"Human trafficking leads to untold misery, pain and fear for its victims, while also cutting lives short through the murder of victims and, sometimes, through victims taking their own lives," the Ministry of Social Development said in an earlier statement.

Friday's roundtable brought together lawmakers, government representatives and international organizations who discussed ways of fighting the practice in South Africa.

Advocate Amanda Ledwaba of the Department of Home Affairs said the department had provided temporary permits to trafficking victims so as to legalize their stay in the country.

Her department, she added, also liaises with the International Organization of Migration, the Social Development Ministry and foreign diplomatic missions to help provide documentation for those being repatriated.