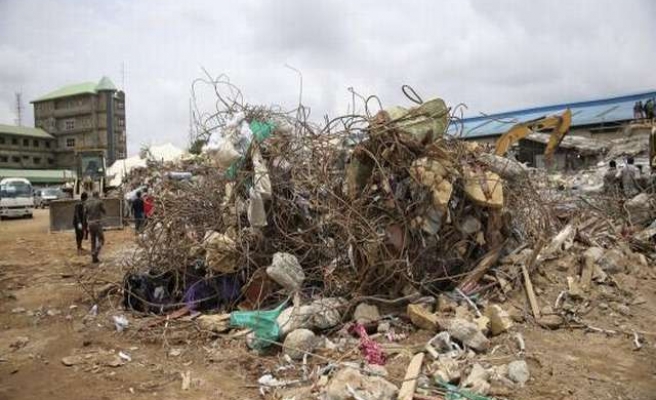 A plane carrying the bodies of 74 out of 81 South Africans who died in the collapse of a church guesthouse in Nigeria more two months ago landed at an airbase near Pretoria on Sunday.

The cargo plane transporting the remains as well as eight vehicles and specialized equipment landed shortly before mid-day local time.

Four forensic pathology trucks carrying the dead bodies were seen being loaded off the plane.

The government will be hosting a formal reception ceremony at the Waterkloof Air Force Base near Pretoria for the deceased.

Deputy President Cyril Ramaphosa will deliver an address on behalf of the government.

"At the end of the formal reception ceremony, the mortal remains will be transported by road to the closest government forensic pathology services mortuaries in different provinces," the government said in a statement.

Individual families will proceed with their own private funeral arrangements.

South Africa said 81 of its nationals died on September 12 when a guesthouse belonging to the Synagogue Church of All Nations (SCOAN) collapsed in the Nigerian commercial capital Lagos.

Most of them had been in Nigeria to seek "healing" from evangelist T.B. Joshua, who claims to have the powers to cure many illnesses.

Minister in the Presidency Jeff Radebe said the 74 bodies have been positively identified.

"It's very traumatic especially for the family members of the bodies that have not been repatriated," he said while speaking on national television.

Defense Minister Nosiviwe Mapisa-Nqakula said the government was committed to repatriating the remains of the other South Africans.

Last week, President Jacob Zuma appointed Radebe as special envoy to Nigeria to discuss with authorities how to speed up the repatriation process.

Radebe denied that there were bad relations between South Africa and Nigeria, which had led to the delay in the repatriation.