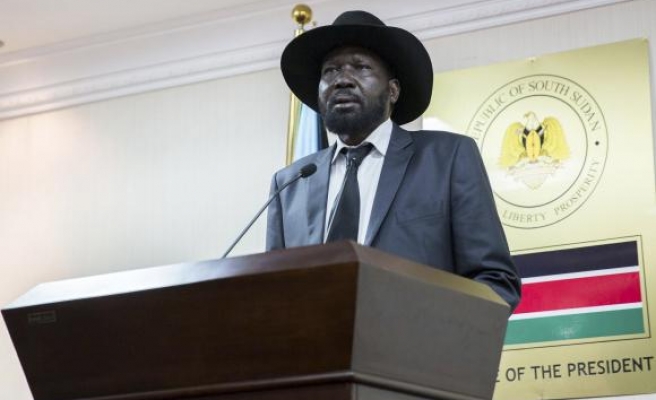 The South Sudanese government on Friday formed a high-level committee – comprised of seven cabinet ministers and an expert on international affairs – to lobby the United Nations Security Council against sanctions imposed on the troubled country, a cabinet minister has said.

"There is a… proposal taking place at the United Nations Security Council to impose sanctions on the people and government of South Sudan," Information Minister Michael Makuei told members of the press in Juba.

According to Makuei, the committee was drawn up at a Friday cabinet meeting chaired by President Salva Kiir with the aim of countering the proposed sanctions.

"The committee will develop a strategy and way forward on how to avoid sanctions," the minister said.

"The committee is tasked with lobbying the United Nations Security Council not to impose sanctions on the people and government of South Sudan," Makuei said.

"In addition, the committee is expected to lobby regional bodies, including the African Union, so that all these issues are looked into," he said.

"The eight-member committee is expected to finalize its lobbying efforts against the sanctions before January of next year, when the United Nations Security Council will debate the South Sudan sanctions," the minister asserted.

According to Makuei, groups in the Security Council that are lobbying for sanctions against South Sudanese individuals and government claim that talks between Juba and rebel forces have failed to bear fruit. They also allege that there are rampant human rights violations in the country.

"Even if the Security Council passes sanctions against the South Sudan government, it is the people who will be affected, not the government," he warned.

"Troika countries [the U.S., U.K. and Norway] are the ones leading the charge for imposing sanctions against the people and government of South Sudan," he added.

Earlier this year, the U.S. authorized sanctions against anyone found to be aggravating the conflict in South Sudan.

The U.S. State Department has said the Obama administration was weighing the possibility of slapping sanctions on human rights violators in the conflict-battered country.

The U.N. Security Council, for its part, has said it was ready to impose its own sanctions on anyone found to be undermining the country's foundering peace process.

South Sudan has been shaken by violence since late last year, when Kiir accused Riek Machar, his sacked vice president, of plotting to overthrow his regime.

Hundreds of thousands of South Sudanese have since been displaced in fighting between the two rivals, leading to an increasingly dire humanitarian situation for much of the population.

In recent months, the warring camps have held on-again, off-again peace talks in Addis Ababa under the auspices of IGAD, an East Africa regional bloc based in Djibouti.