The money was earmarked in the 2013/2014 parliamentary budget for foreign trips by the members of parliament. 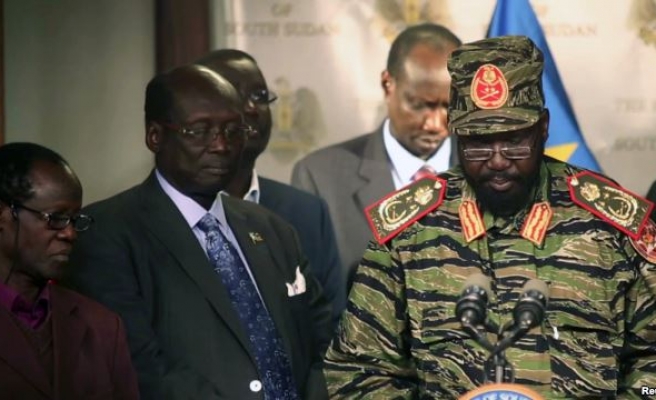 The recent disappearance of three million South Sudanese Pounds (roughly $946, 372) from parliament has raised eyebrows inside the legislature and ushered in fights and accusations among MPs.

The money was earmarked in the 2013/2014 parliamentary budget for foreign trips by the members of parliament.

"I have nothing to do with that money," Rundial said on Wednesday. "It is the Committee of Foreign Affairs [that is responsible for it," he added in a press conference called off prematurely.

Rundial said some people had laid a square blame on him for the loss of the money.

"I cannot reach it that I can actually be called a thief," Rundial said, noting that money allocated for parliament did not directly go to the hands of members.

He threatened to resign if the public called him a thief.

MP Matur, meanwhile, said when he raised the issue, he wanted to know where the money had gone, noting that his motion was an oral one aimed at exploring the reason why foreign trips were not made by MPs.

"As a member of parliament, it is my right to know where this money is gone and how it is used and for what," he told journalists at parliament after the press conference of the speaker was called off, regretting that the motion was taken personal by some people.

“It is not a personal issue," Matur said. "All [that] is needed is a clarification on how the money is used," he added.

He accused the parliament speaker of turning a blind eye to bills lying on his table.

"There are also bills sitting in the parliament for many months, [but] the leadership does not want to find out whether the problem is of funds or anything else," Matur said.

"Another issue is about the bills that were passed by parliament but until now are not given the president to sign," Matur said, adding that the leadership of the house should provide answers to the problems.

Matur was approached by fellow MPs under the Lakes State Parliamentary Caucus, urging him to withdraw the motion.

"I had wanted to make it a written motion," he added, noting that he accepted the request of the caucus. "But I will not apologize for anything because I talk the truth and the reality," he said.

He said the three million pounds should have been used to assist Internally Displaced Persons or help the committees, which are not working at present.

"But none of this has happened," Matur said.