Failure to reach a final deal could result in AU sanctions targeting both sides of the conflict, including travel bans, asset freezes and arms embargoes, according to an agreement signed by both sides earlier this month 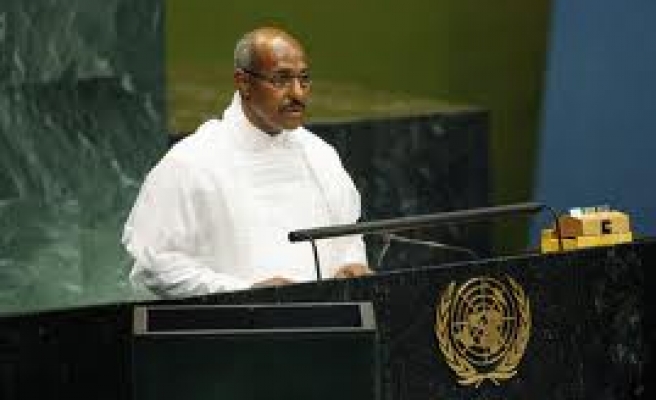 World Bulletin / News Desk
Representatives of South Sudan's warring rivals have resumed talks in Addis Ababa amid hopes that the two sides will be able to clinch a final peace deal.

An opening ceremony was officiated by Seyoum Mesfin, chief mediator for the Intergovernmental Authority on Development (IGAD), which has been sponsoring the talks between South Sudan's government and rebels.

"We must not fail," Mesfin asserted, urging both sides to seek "genuine compromise and dialogue."

It is hoped that this negotiation round, dubbed "Phase III Final Session," will be the final phase of the IGAD-mediated peace process.

Under an agreement signed earlier this month by South Sudanese President Salva Kiir and rebel leader Riek Machar, the two sides must reach a comprehensive peace agreement – to be followed later by the formation of a transitional unity government – by March 5.

"The agreed March 5 deadline should be respected," Mesfin said.

The chief mediator lamented that an earlier cessation-of-hostilities agreement had been violated in recent weeks.

"It is my distress, and that of my fellow special envoys, that the cessation-of-hostilities agreement continued to be violated," he said.

IGAD's monitoring and verification mechanism and the African Union (AU)'s inquiry commission would both look into recent violations and identify the culprits, the Ethiopian diplomat said.

The negotiation round's opening session saw the attendance of faith-based leaders, civil society representatives and former detainees, as well as representatives of the AU, the UN, the Troika (the U.S., U.K. and Norway), the EU and China.

According to Mesfin, committees devoted to security, economy and wealth sharing, and justice and humanitarian affairs will resume work on Tuesday in hopes of ironing out remaining bones of contention.

Failure to reach a final deal could result in AU sanctions targeting both sides of the conflict, including travel bans, asset freezes and arms embargoes, according to an agreement signed by both sides earlier this month.