The army says 95% of Machar's Unity State under its control 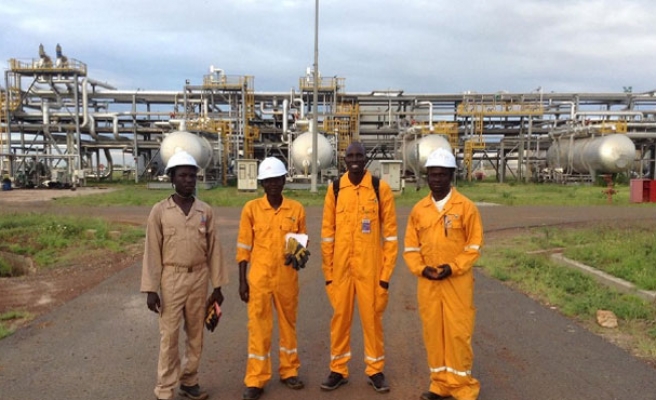 The government's Sudan People's Liberation Army (SPLA) said Thursday that it had successfully repulsed rebel attacks on the Paloch oilfields in Upper Nile State and retaken the town of Melut from armed forces.

"The SPLA eliminated the threat to Paloch and the oilfields by defeating the rebels yesterday," army spokesman Col. Philip Aguer told.

"We have recaptured the town of Melut less than 24 hours after the rebels entered it," he added.

The army spokesman said two "war steamers" that had been used by the rebels to shell areas along the Nile River in Upper Nile State had been destroyed in the fighting.

"The focus now is on Malakal. It's only a matter of time before the SPLA clears Malakal of the rebels," Aguer contended.

South Sudan is 16 months into a political crisis that has pitted sacked Vice-President Riek Machar and his rebel forces against the government of President Salva Kiir.

Tens of thousands of people have been killed in the fighting and 2 million displaced, both internally and externally.

The UN, meanwhile, estimates that some 2.5 million people are now at risk of starvation.

"In Unity State, the SPLA has pursued the rebels from Bentiu up to Adok, and the SPLA entered Adok yesterday," Aguer told Anadolu Agency.

"It's only Panyijier that is still in the hands of the rebels. Otherwise, over 95 percent of Unity State is now under control of the SPLA," he said.