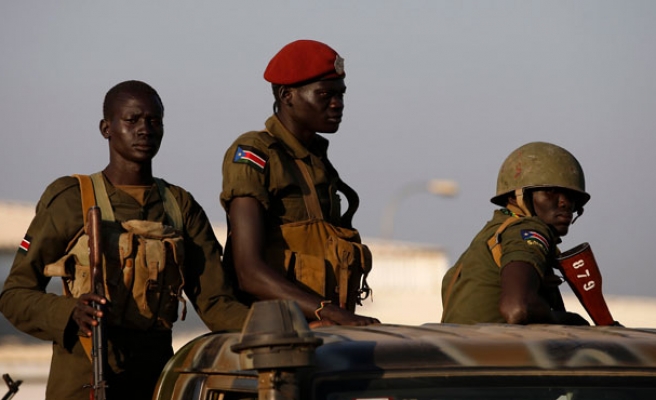 South Sudan and Uganda have denied reports about the deployment of an additional 7,000 Ugandan troops to the war-torn country.

"That is not true. There is nothing like that," South Sudanese Defense Minister Kuol Manyang Juuk told on Tuesday.

The Sudan Tribune newspaper on Monday quoted South Sudanese rebel spokesmen as claiming that Kampala had sent an additional 7,000 troops to South Sudan.

"This is an absolute invasion in huge numbers. This is declaring all-out war in South Sudan," rebel spokesman Pout Kang told the newspaper.

But Juuk insisted the deployment claims were groundless.

"The report about 7,000 [troops] is not correct," he said. "Ugandan forces have not been increased. There are two battalions… in Juba and Bor."

"If there was such a movement, these are convoys that could not easily be hidden," he said.

"The UPDF has not deployed any soldiers into South Sudan," the spokesman added.

Uganda sent troops to support the government of President Salva Kiir after South Sudan slid into chaos in late 2013.

At the time, Kiir had accused a group of army officers – allied to former Vice President Riek Machar – of plotting to overthrow his regime.

Hundreds of thousands of South Sudanese have since been displaced in the subsequent fighting, while the conflict has led to a serious humanitarian crisis for large swathes of the population.

"There was shelling this morning in Bentiu for two hours, but then it stopped," he said.

"They also attacked our forces on the western side of Upper Nile near Melut. They were repulsed, one tank was captured, another destroyed, and they fled in disarray," he added.

"Definitely," Juuk said, "there will be destruction and casualties."

Earlier this month, Kiir and Machar signed a power-sharing deal in Addis Ababa in a bid to end their year-long conflict.

Juuk, however, questioned Machar's willingness to establish peace in the war-weary country.

"Riek Machar should be asked why he is doing this [staging attacks] if he is committed to peace," he said.

"The forces he claims to control aren't loyal to him; that's why they continue violating the cessation-of-hostilities agreement," Juuk said.

"This means we're negotiating with somebody who has no forces on the ground," the spokesman asserted.

He added: "If they continue attacking, we will have the right to fight back and restore law and order."