According to the South Sudan army, rebels attacked the Dukduk area of Upper Nile State on Monday but were repulsed 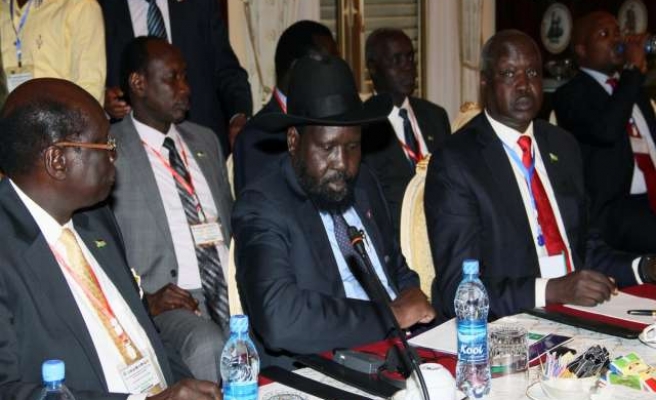 South Sudan on Tuesday urged the Intergovernmental Authority for Development (IGAD), the sponsor of peace talks between it and rebels loyal to sacked vice president Riek Machar, to penalize the latter for "violating" a recent cease-fire deal.

"We have been saying all this time that the rebels were intransigent and nobody was listening," Information Minister Michael Makuei told reporters in Juba.

He accused the rebels of violating a cease-fire agreement announced by President Salva Kiir and Machar in Addis Ababa on Friday.

"Now, with the signing of this document, the actual cessation [of hostilities] came into effect on November 9," Makuei said.

"Yesterday, November 10, the rebels violated this [agreement] in less than 24 hours," he added.

Makuei called on IGAD, an East African regional bloc based in Djibouti, to take "immediate action" against the violators.

According to a communiqué issued at an IGAD leaders' summit at which the cease-fire was brokered, any violation of the deal – by either party – would invite collective action by the regional bloc.

"Further, the IGAD region shall, without further reference to the warring parties, take necessary measures, if need be, to directly intervene in South Sudan to protect life and restore peace and stability," the communiqué read.

"This time, IGAD must make sure it follows its resolutions and makes the rebels account [for their actions]," said Makuei.

According to the South Sudan army, rebels attacked the Dukduk area of Upper Nile State on Monday.

Army spokesperson Col. Philip Aguer said the army had acted in self-defence and repulsed the attacks.

"We have also captured three rebels alive and they will be arriving in Juba today," he added.

The government army also confirmed the loss of five of its troops in the fighting.

South Sudan has been shaken by violence since last December, when Kiir accused Machar of leading a failed coup attempt against his regime.

Hundreds of thousands of South Sudanese have since been displaced in fighting between the two rivals, which has led to an increasingly dire humanitarian situation.