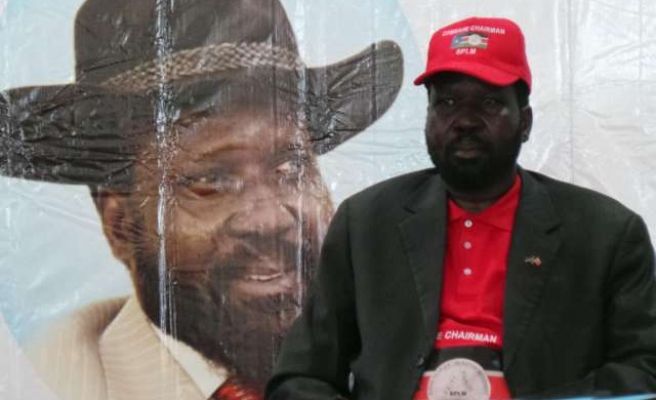 South Sudanese President Salva Kiir on Saturday urged his fellow compatriots to leave behind the bitter memories of the ongoing political crisis and focus on national reconciliation.

"Let us forget about all those who died in the conflict and look at healing the wounds," President Kiir told a gathering of his ruling Sudan People's Liberation Movement (SPLM) at the Freedom Hall in Juba.

"I want the Dinka people to stop thinking of revenge and instead spearhead the reconciliation process in the country," he said, referring to his own tribe.

South Sudan has been shaken by violence since last December, when President Salva Kiir accused sacked vice-president Riek Machar of standing behind a failed coup attempt against his regime.

The violence has already claimed more than 10,000 lives. The UN estimates that some 3.7 million South Sudanese are now "severely food insecure," while more than 867,000 have been displaced by the fighting.

Representatives of the two warring camps are currently in Addis Ababa for a second round of peace talks after agreeing to a cessation of hostilities in January.

The Nuer and Kiir's Dinka represent South Sudan's two largest tribes. Together, they account for some 80 percent of the fledging country's total population of 11 million.

President Kiir said people should learn from other African countries that suffered the same problems and are now living in peace.

"President Nelson Mandela, despite his death, is somebody who will be remembered for generations to come," Kiir said.

"When he came out of prison, he knew that revenge against the whites would cause more suffering even to his own people. He chose the path of forgiveness rather than revenge," he recalled.

"Now the people of South Africa are living as one," Kiir asserted.

"When Paul Kagame took over Rwanda, he did not revenge for the death of his people but rather focused ahead," he said, citing another example.

Kiir said that for the country to go back on the right track, everybody must work jointly.

The gathering was organized by the SPLM Youth League to launch a mobilization campaign for reconciliation themed "One Nation, One People."

The mass mobilization campaign is expected to be rolled out to all the ten States of the country to sensitize the people on the need for reconciliation.