De Kock is believed to have been responsible for more atrocities than any other man in the efforts to preserve white rule. 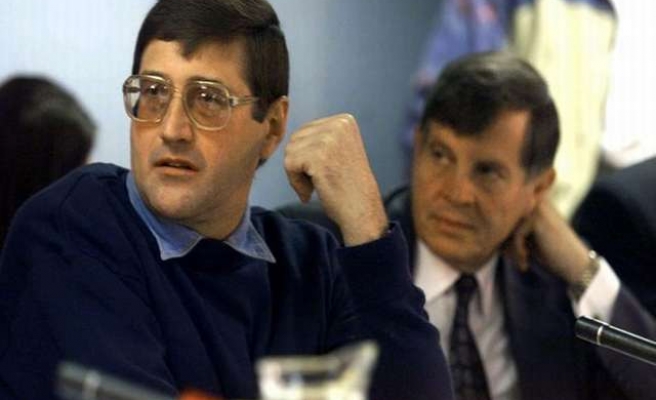 Justice Minister Michael Masutha told a news conference that de Kock, who has become eligible for parole after 20 years behind bars, had "made progress" towards rehabilitation but said the families of his victims had not been properly consulted.

Masutha committed to making a final decision within a year.

Whatever the ultimate outcome, it is likely to be highly contentious in a country still dealing with the legacy of repression and brutality meted out by the white-minority administration that prevailed from 1948 to 1994.

As head of an apartheid counter-insurgency unit at Vlakplaas, a farm 20 km (15 miles) west of Pretoria, de Kock is believed to have been responsible for more atrocities than any other man in the efforts to preserve white rule.

Arrested in 1994, the year Nelson Mandela and the African National Congress (ANC) came to power, he was sentenced two years later to 212 years in prison on charges ranging from murder and attempted murder to kidnapping and fraud.

However, at a Truth and Reconciliation Commission set up in 1995 to try to unearth - and, in some cases, forgive - crimes committed by both sides, de Kock came clean about the killing of many ANC activists.

The information allowed police to recover the remains of victims and allowed them to receive a proper burial.

Even from behind bars in Pretoria's C-Max high security prison, de Kock has continued to cast his shadow over the post-apartheid South Africa.

In a 2007 radio interview, he accused FW de Klerk, South Africa's last white president, of having hands "soaked in blood" for ordering political killings. De Klerk, who won the Nobel Peace Prize jointly with Mandela, has denied the allegations.

De Kock has also expressed sorrow at his actions, fuelling a belief among some that he is remorseful - an important factor in any parole decision.

Two years ago, he wrote to the mother of ANC lawyer Bheki Mlangeni, who was killed by a bomb in 1991, asking for her forgiveness.

"Your forgiveness will mean a lot to me, but it can in no way wash away the pain I have caused," he said in the letter, which appeared in South African newspapers.

In the same year, he met Marcia Khoza, the daughter of ANC activist Portia Shabangu, whom de Kock executed after an ambush in Swaziland in 1989.

"We greeted each other and shook hands. His handshake was firm," she said after the meeting, at which de Kock described how he shot Khoza's mother twice in the head before pushing the vehicle in which she was travelling down a slope.

"I thought I would cry but strangely enough had the courage to continue to listen to him. I was not jolted because I had long forgiven him and have since learnt that resentment and bitterness will blur my vision on life," she said.

However, many other callers to radio stations - in particular black South Africans - have questioned de Kock's remorse and said his crimes were so extreme he should die behind bars.