Zuma's opponents have always argued that if the tapes prove a conspiracy against him, then the ruling African National Congress party should make them public 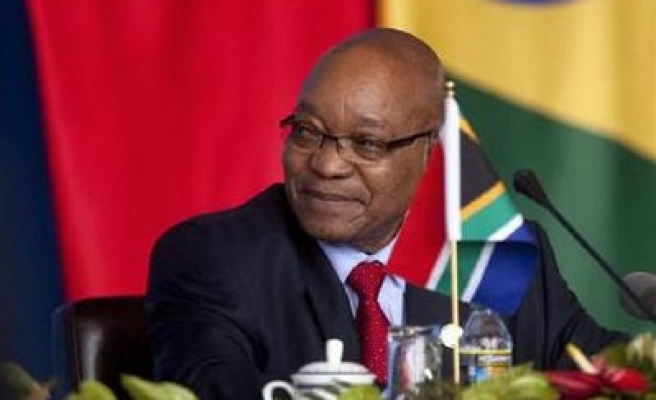 South Africa's main opposition party said on Thursday it would seek a reopening of a corruption inquiry against President Jacob Zuma after the release of secret evidence cited in a 2009 decision to drop the case.

The move cleared a major legal hurdle to Zuma being elected as South Africa's president a few weeks later.

On Thursday, Zille said she was confident the recordings and transcripts from NPA meetings would not exonerate Zuma and that the DA would apply for a legal review application to reverse the decision to withdraw the charges against him.

"This is a very, very important package I am holding in my hand," Zille said, triumphantly raising a sealed envelope containing the recordings. "They have fought for five years to stop us getting these. You are all here to witness this historic day," she added, surrounded by supporters in blue DA T-shirts who cheered and waved "Give Us The Tapes" placards.

Zuma's opponents have always argued that if the tapes prove a conspiracy against him, then the ruling African National Congress party should make them public. In a brief statement, the presidency said Zuma welcomed the release of the tapes.

The ANC easily won presidential and parliamentary elections in May with 62 percent of the vote despite criticism, even among Zuma's supporters, of his fitness to govern.

A polygamous Zulu traditionalist with no formal education, Zuma has been beset by scandals throughout his career.

An anti-graft report in March said he had "benefited unduly" from $23 million state-funded security upgrades to his home, which included a cattle enclosure and amphitheatre, and said he should pay back some of the costs.

Zille said the DA would analyse the audio on the tapes and the transcription of the meetings held by the NPA that led to the corruption case being dropped.

"We believe the charges were dropped for political reasons to allow him to run in 2009," Zille said.

"We will argue that the NPA did not have the evidence to dismiss the charges. We will bring a lot of evidence to bear on that. Jacob Zuma will have his day in court."