The Democratic Alliance (DA) branded the apparent jamming as "censorship" and denounced the speaker of parliament, Baleka Mbete, saying she was unfit to continue in office. 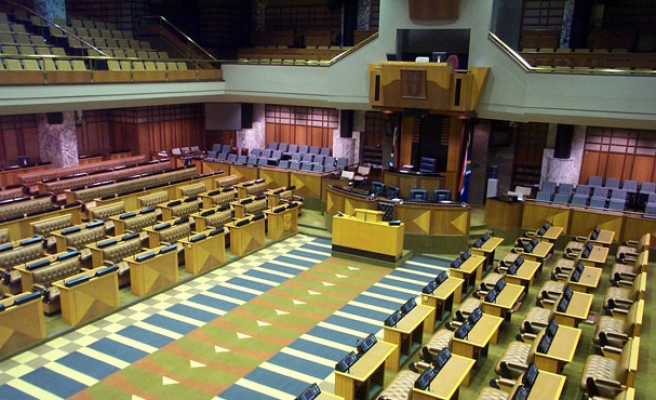 South Africa's main opposition party has called for an investigation into why mobile telephone reception was cut in parliament ahead of President Jacob Zuma's chaotic State Of The Nation address last week.

The Democratic Alliance (DA) branded the apparent jamming as "censorship" and denounced the speaker of parliament, Baleka Mbete, saying she was unfit to continue in office.

Zuma received a hostile reception on Thursday at the opening of parliament from lawmakers from the far-left Economic Freedom Fighters (EFF), who repeatedly interrupted his speech to challenge him about graft allegations.

A visibly angered Mbete, a member of Zuma's African National Congress (ANC), ordered the EFF lawmakers, led by firebrand former ANC youth leader Julius Malema, to be thrown out of parliament, prompting a brawl between the EFF and police.

Tensions were running high even before Zuma arrived when guests discovered there was no mobile phone reception inside the chamber, prompting journalists and rowdy lawmakers to chant: "Bring back the signal!".

The signal was restored by the time Zuma began speaking, but the incident revived public concern that the ANC wants to chill dissent and the DA said it had asked the Independent Communications Authority for an inquiry into "an orchestrated strategy" to stop the public seeing what happened in parliament.

Zuma and Mbete have said they don't know why there was no phone reception. Mbete has called for an internal inquiry.

The DA said Mbete was "unfit to lead and determined to destroy parliament" after she told an ANC rally on Saturday that Malema was a "cockroach" and that Zuma's speech was a "beautiful opportunity" to "deal with those irritants".

Malema accused Mbete of calling for his assassination, according to South Africa's Sunday Times. "If I am killed tomorrow, people must know I was killed by Baleka and the ANC."