Zuma, who was ousted in February over multiple graft scandals, could be liable for a $2 million legal bill but that figure would rise sharply, according to local media. 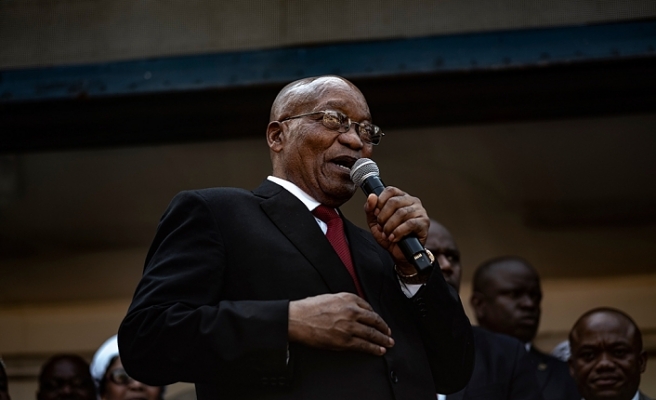 "The state is not liable for the legal costs incurred by Mr Jacob Gedleyihlekisa Zuma in his personal capacity in criminal prosecutions instituted against him," judge Aubrey Ledwaba said in his ruling at the High Court in Pretoria.

The judge also ordered the recovery of state funds previously spent defending Zuma, ruling in a case which was brought by opposition parties.

Zuma is expected to appeal.

His ruling African National Congress (ANC) party said that Zuma had done nothing wrong as the court had only just ruled.

"Nothing was wrong until today... We will need to study this order," acting party spokesman Dakota Legoete told the eNCA broadcaster.

But the main opposition Democratic Alliance party said in a statement that Zuma's "system of corruption" had been shut down by the ruling.

"(The system) where those who loot the state are then able to defend themselves using public money has been stopped today," the party said in a statement.

Zuma, who is thought to have little personal wealth, is due back in court in May for a hearing on whether the corruption charges against him should be dropped.

The former president, who served from 2009 until earlier this year, is battling to quash the charges against him over a $2.5-billion corruption case linked to a 1990s arms deal.

He has been charged with 16 counts of fraud, racketeering and money laundering.

Both Zuma and the French arms maker deny all charges.

The charges were first brought against him in 2005 but dropped by prosecutors in 2009 shortly before he became president, before being reinstated in 2016.

Beset by scandal, Zuma was forced to resign after a long stand-off with the ruling ANC party.

His successor Cyril Ramaphosa has vowed to root out corruption in government and the party.