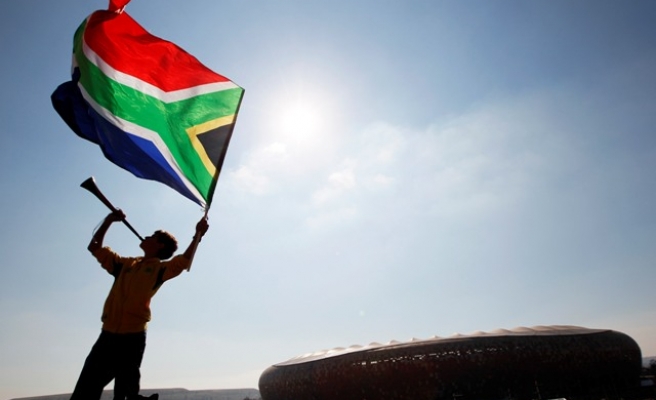 Thousands of South African workers marched in major cities across the country on Wednesday to demonstrate against higher taxes, job cuts, and call for decent working conditions.

“We are bleeding jobs across all the sectors. We are likely to lose 100,000 jobs in the mining sector alone. That is a serious crisis,” Sizwe Pamla, national spokesperson of the Congress of South African Trade Unions (Cosatu) told Anadolu Agency.

He said they were appealing to government and big businesses to put a moratorium on job cuts.

“We want to discuss with them and find a solution,” he said.

The trade unionist said it was unacceptable that even when the government had provided incentives to bolster various industries, employers still continue to lay off millions of workers.

“We cannot afford the ongoing retrenchments. We have about eight million people of working age who are sitting at home because they cannot find work,” he said.

South Africa has a population of over 50 million people.

Protesters were also angry at a recently introduced road tolling system called ‘e-tolls’ which requires motorists to pay a fee for using some of the country’s highways.

“Why should we pay for using our national roads? We oppose these e-tolls and we shall not pay,” Johannesburg resident Joe Thobela told Anadolu Agency.

The Wednesday protest was held in all nine provinces of South Africa.

“The reason why I am here today protesting is because we are not getting a living wage and we can’t survive,” Suzlin Michaels, a resident of Cape Town, told Anadolu Agency cameramen in the city.

Ian Mangenga from Rethink Africa, a youth-led social enterprise group, said she was at the protest to show solidarity with workers.

“We are here today to support the workers. We believe in a minimum wage,” she said.

Mangenga also asserted that there was huge inequality gap in the country which needs to be addressed.