A controversial family of Indian-born businessmen known for their close links with President Jacob Zuma has been put back under the spotlight in South Africa after a key opposition party demanded their ouster from the country. 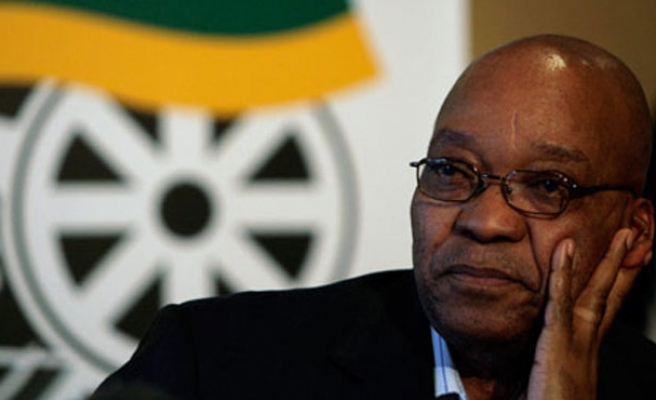 Political scandals, huge economic deals and even extravagant wedding party controversies -- an immigrant family that is one of South Africa's wealthiest is accused by critics of wielding immense power behind the scenes.

The Guptas, an Indian family that moved to the country in the 1990s, are alleged to exert a magnetic pull over President Jacob Zuma, and their influence has increasingly become the target of government's fiercest critics.

To outsiders they may seem an industrious immigrant family that has made it big in their adopted country, but now their reputation is a key battleground in opposition efforts to oust Zuma from power.

The family has built a string of South African companies controlled by brothers Ajay, Atul and Rajesh with interests in computers, mining, media and engineering.

Zuma ferociously defends his friendship with the Guptas, and many of his ministers have various ties to the family.

The president's son Duduzane is a director of the Gupta's Sahara Computers and is a partner in some of their other businesses, while Zuma's third wife Bongi Ngema was also a Gupta employee.

"The Guptas are smart and shrewd business people and this can't be a normal relationship," political analyst Prince Mashele told AFP.

"There appears to be a Gupta hand in every business sector."

Last week the radical leftist Economic Freedom Fighters (EFF) opposition party put the Guptas at the centre of its campaign against Zuma ahead of municipal elections later in the year.

The presidential office and Gupta spokesman Gary Naidoo did not respond to AFP's request for comment.

"There is a feeling that the Guptas are almost running the state," Adriaan Basson, author of the book "Zuma Exposed", told AFP.

"Although there hasn't been any formal investigation into the relationship, all probabilities point to an improper alliance.