'The president must personally pay the amount determined by the national treasury,' Chief Justice says 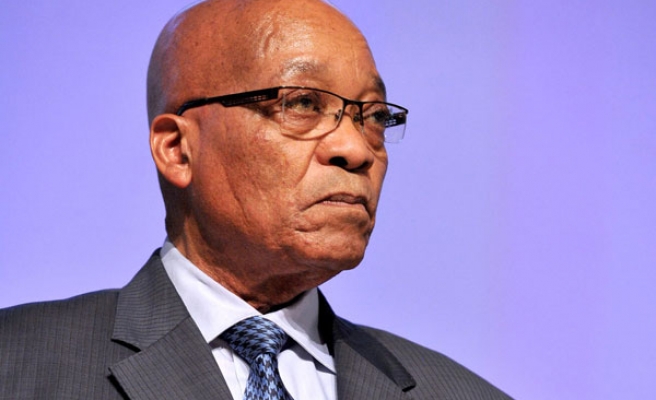 South Africa's top court on Thursday delivered a damning verdict against President Jacob Zuma, saying he flouted the constitution over public funds used to upgrade his private residence, sparking immediate calls for him to be impeached.

Zuma "failed to uphold, defend and respect the constitution as the supreme law of the land," Chief Justice Mogoeng Mogoeng said in a strongly-worded ruling from the Constitutional Court in Johannesburg.

The court judgement came as Zuma fights back against separate allegations that a wealthy Indian family influenced ministerial appointments in a scandal that has rocked his government.

Zuma has also been battered by the country's sharply declining economy.

But he retains a strong grip on parliament through his dominant leadership of the ruling African National Congress (ANC) party, and any impeachment bid looked unlikely to succeed.

The so-called "security" upgrades at Zuma's rural homestead, which were valued in 2014 at 216 million rand (then $24 million), included a swimming pool, a chicken run, a cattle enclosure and an amphitheatre.

"The president must personally pay the amount determined by the national treasury," Mogoeng said on Thursday.

Public Protector Thuli Madonsela, the country's ombudswoman, ruled in 2014 that Zuma had "benefited unduly" from the work on the Nkandla property in KwaZulu-Natal province, and that he should pay back some of the funds.

The president refused, and ordered two government investigations that cleared his name -- including a report by the police minister which concluded that the swimming pool was a fire-fighting precaution.

The DA brought the case to court along with the far left Economic Freedom Fighters party, which has also pledged to press for the president's impeachment.

But the ANC controls parliament after winning elections in 2014, and Zuma easily survived a no-confidence vote earlier this month.

Opposition parties hope Thursday's ruling will help them make gains in local elections this year as frustration grows over 25 percent unemployment and grinding poverty for many black people more than 20 years after the end of apartheid.

Zuma has recently endured renewed corruption allegations after deputy finance minister Mcebisi Jonas said he was offered the top job in the treasury by the Guptas, an Indian business family said to hold huge sway over the president.

Zuma, 73, will have completed two terms in 2019 and is not eligible to run for president again, but the ANC could replace him ahead of the vote.