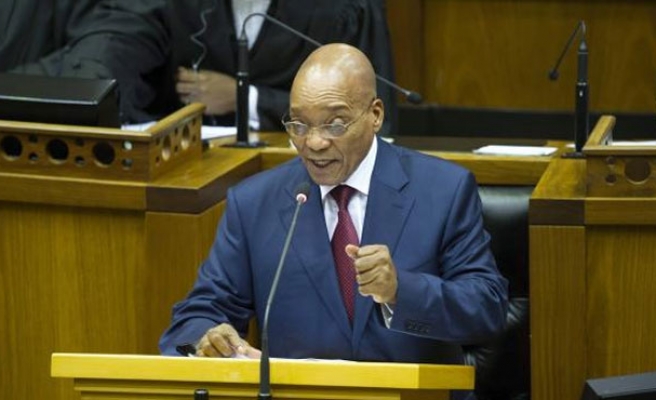 The president went back on his previous position by agreeing to repay some of the $23 million used to upgrade his country home as his lawyer admitted he was wrong to ignore an anti-corruption watchdog’s report.

In a case brought by the opposition in the hope it would lead to impeachment proceedings, the Economic Freedom Fighters (EFF) and the Democratic Alliance claimed Zuma violated his oath of office by not complying with a report from South Africa’s public protector.

In a 2014 report the watchdog accused Zuma of misusing public money for upgrades to his country home in Nkandla village, KwaZulu Natal province.

Security upgrades were supposed to have cost around $2.5 million but other additions such as a cattle enclosure, an amphitheater and a swimming pool saw the cost skyrocket to nearly ten times that sum.

“We are happy that all parties here today have conceded that the president must pay back the money and the public protector’s report is binding,” EFF leader Julius Malema told reporters outside court.

He called on the governing African National Congress Party to remove Zuma as president once the court rules against him.

Thousands of red-clad EFF supporters protested through Johannesburg before gathering outside the court to demand respect for the constitution.

“Zuma does not respect our laws,” one protester told Anadolu Agency. “He should go home.”

The court did not give a date for a ruling in the case, which has become a focal point for complaints about corruption in the government.

Accepting Zuma’s responsibility to repay the funds, his lawyer Jeremy Gauntlett said: “We agree that the president must carry out the remedial action in the public protector’s report. We accept that in this case the recommendations were administrative and unreviewed and therefore binding.”