With Ebola infections in decline and health and sanitary precautions taken in schools causing a three month delay, schools re-open with students slowly coming back to school. 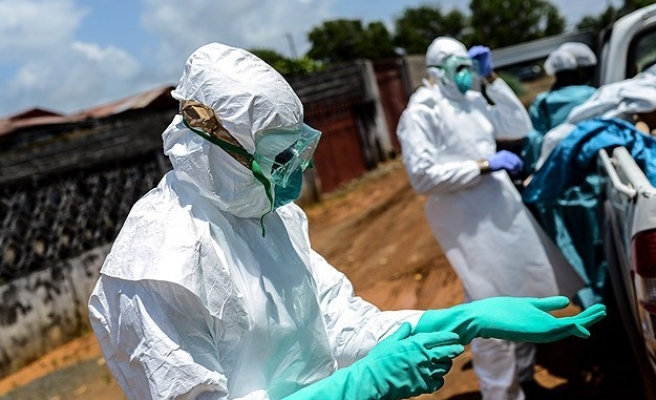 World Bulletin / News Desk
Schools reopened across Guinea on Monday, following a three-month delay caused by the spread of the deadly Ebola virus.

School attendance was, however, less than 15 percent on the first day, according to school directors.

"True, attendance was not significant on the first day, but this problem will be sorted out soon because all schools are open and all teachers present,"  Karamoko Toure, the principal of Koloma College in Conakry, told The Anadolu Agency.

"This is, however, usual for the beginning of the academic year," Fatako said. "It has nothing to do with Ebola," he added.

A decision to reopen schools across Guinea was driven by a marked decline in the number of Ebola infections over the past weeks, the country's Pre-University and Civic Education Ministry said.

Health and sanitary precautions were taken in hundreds of Guinean schools to keep the lid on the disease in a country where Ebola had killed 1,821 so far, out of a total of 2,821 infected cases.

''Health instructions are followed closely," Fakato said. "We put bleach on each classroom door and students must wash their hands before entering," he added.

He added that health specialists check the students' body temperature inside classrooms regularly, noting that some children were reluctant to undergo these measures, but forced to.

On Wednesday, Minister of Pre-University and Civic Education, Ibrahima Kourouma, said that schools would be reopened across Guinea.

The minister added that the Guinean government had ensured that there were right conditions for the resumption of study.

More than 20,000 people have contracted the deadly Ebola virus in the three most affected West African countries of Sierra Leone, Liberia and Guinea.

Around 8,000 people died in these three countries of the disease as well, the World Health Organization said in December of 2014.

The virus is transmitted to people from wild animals and spreads in the human population through human-to-human transmission.