Searching for the new Einstein in Africa

Gathering in Dakar for a landmark forum, some of Africa's top scientists and policymaker have hope to transform African science, unleashing hidden potential for innovation and world class research. 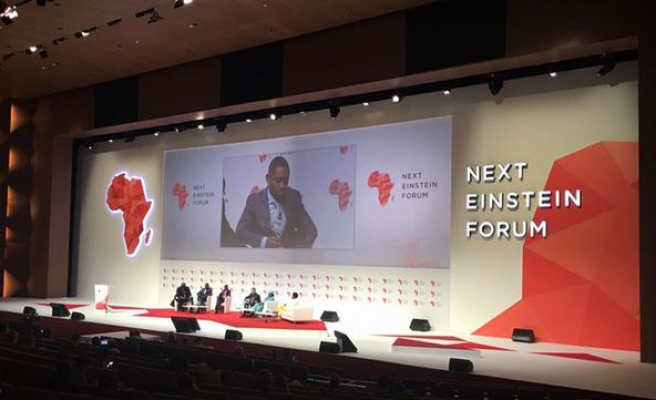 Africa's top scientists, policymakers and start-ups gathered Tuesday for a landmark conference aimed at stemming the continent's brain drain and encouraging governments to nurture research in fields from virology to maths.

Organisers of the first Next Einstein Forum (NEF) held near Senegal's capital, Dakar, hope to reverse a situation in which Africa's brightest talent feels compelled to move abroad to work at the cutting edge of research -- and earn a decent salary.

The timing is prescient: the NEF cited one inspiration as being a recent Ebola panel during a top US science conference where not a single African researcher or medic was present who had worked in west Africa during the 18-month outbreak.

"There are more African engineers working in the United States than in Africa," said organiser Thierry Zomahoun, CEO of the African Institute for Mathematical Sciences, to an audience drawn from more than 100 different countries.

Over three days, African researchers will explain how mathematical formulae could eventually lead to vaccines for yellow fever or Zika, how plastic waste might be repurposed to build roads, and how data analytics could warn authorities when schools are failing students.

The NEF's creation of a fellowship programme for Africa's top young scientists will be followed by the establishment of an African Union-linked science and technology institute, while a pan-African team of NEF "ambassadors" will engage their publics at home.

"The pressure is on to catch up and keep pace so Africa is not left in the wake of technological progress," Rwandan President Paul Kagame told the opening ceremony.

"This starts with a change in our mindset. We really cannot be satisfied with just ending extreme poverty. Our aim is shared and sustainable prosperity. And the key to that is science and innovation, bound by research," he added.

Currently, Africa suffered from too few students enrolled in science-related tertiary education, a lack of investment, and too little collaboration between governments and the private sector, Kagame said.

Furthermore, the lack of women in African science "means we are not using our human resources to the full," he added.

"African youth must revive the research tradition that made the continent shine" in centuries past, added the conference's host, Senegalese President Macky Sall.