On Monday gunmen shot dead Muslim cleric Aboud Rogo, spraying his car with bullets in a killing many Muslims in Mombasa have blamed on the police. 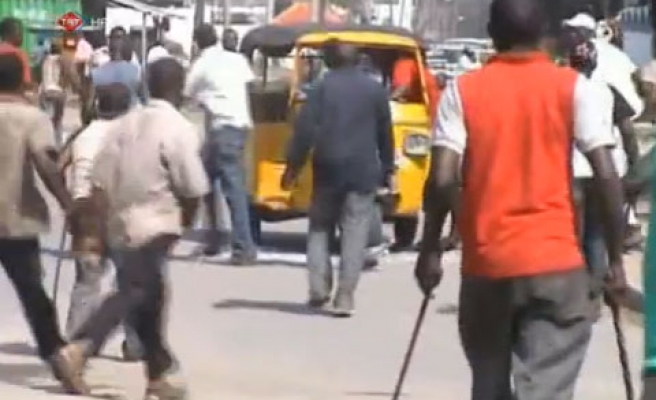 Kenyan anti-riot police fired teargas at stone-throwing youths in the port city of Mombasa on Tuesday for a second day after a Muslim cleric was murdered.

On Monday gunmen shot dead Muslim cleric Aboud Rogo, spraying his car with bullets in a killing many Muslims in Mombasa have blamed on the police. One person was killed in the ensuing unrest.

Youths barricaded several streets with burning tyres in the predominantly Muslim Majengo neighbourhood, before armed police dispersed the crowds and patrolled the streets. Most shops in the business district were shut.

"These people, the police, are joking. They are taking this thing lightly, but the way I see it, it will not be good," shop keeper Kassim Ali told Reuters as police cleared a smouldering roadblock.

Washington and Nairobi had both accused the preacher of helping al Shabaab, Somalia's insurgent group.

The Somali group called on Kenyan Muslims on Tuesday to protect their religion at all costs and boycott next year's presidential election, and condemned what it said was a "witch-hunt" against Muslims by the Kenyan authorities.

"Muslims must take the matter into their own hands, stand united against the Kuffar (non-believers) and take all necessary measures to protect their religion, their honour, their property and their lives from the enemies of Islam," al Shabaab said in a statement posted on the social media site Twitter.