Security forces were defusing one makeshift bomb found at a street intersection near the presidential palace when a second device exploded, the ministry said in a statement. 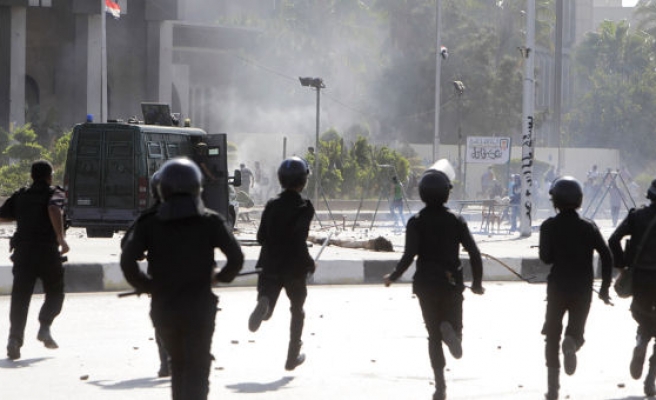 A second Egyptian police officer was killed on Monday when a bomb went off as security forces tried to defuse it near the presidential palace, state television and security sources said.

A senior police officer had been killed earlier in the day in a similar blast in the same area.

Security forces were defusing one makeshift bomb found at a street intersection near the presidential palace when a second device exploded, the ministry said in a statement.

The blast came days after the militant group Ajnad Misr, or Soldiers of Egypt, said it had planted a series of bombs in the same area to target security forces. It aborted the mission due to concerns that civilians would be hurt but was unable to remove the bombs and released a statement urging caution.

The group formally announced itself in January saying it would target the government after the army ousted elected President Mohamed Mursi of the Muslim Brotherhood last year.

Eight people were hurt in a series of explosions last week on Cairo's metro, the first attacks in the capital since Abdel Fattah al-Sisi became president this month.

Thousands of Brotherhood supporters have been arrested, and hundreds more have been killed since Mursi's ousting.

The Brotherhood denies any link to the violence.