Asmaa al-Mahdi, the wife of Abu Bakr al-Qadi, a Muslim Brotherhood leader from the southern province of Qena, said her husband, 46, has cancer and that he cannot remain behind bars 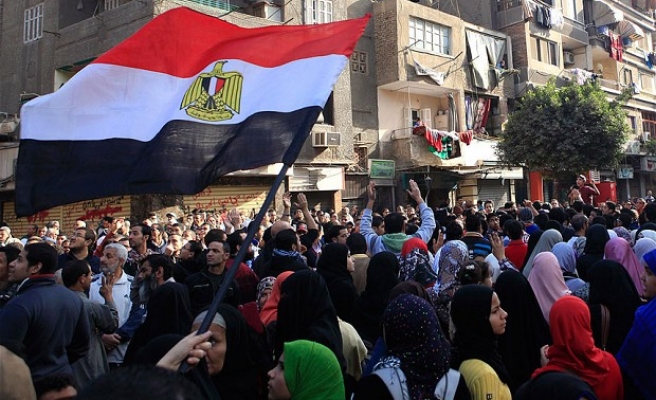 The family of a jailed Muslim Brotherhood leader on Saturday issued a plea for Egyptian authorities to release him on health grounds.

Asmaa al-Mahdi, the wife of Abu Bakr al-Qadi, a Muslim Brotherhood leader from the southern province of Qena, said her husband, 46, has cancer and that he cannot remain behind bars.

"His body had lost 20 kilograms in three months," al-Mahdi told Anadolu Agency. "His condition is in continual deterioration," she added.

Al-Qadi was arrested in January on charges of setting a local train station on fire in August last year.

Al-Mahdi said her husband's lawyers had submitted a request for his release on medical grounds, but the authorities had not responded yet.

The National Alliance for the Defense of Legitimacy, the main support bloc behind ousted president Mohamed Morsi, meanwhile, held the Interior Ministry responsible for al-Qadi's safety.

The alliance said in a statement on Saturday that the ministry intentionally "torments" diseased detainees and refuses to send them to hospitals, which at the end leads to deterioration in their conditions.

An Interior Ministry official said, however, that the ministry did its  best to help al-Qadi.

Abu Bakr Abdel-Karim, an assistant interior minister for human rights affairs, said releasing prisoners on health grounds is the job of the general prosecution, not the Interior Ministry.

"The general rule is for us to offer medical treatment to prisoners with health problems," Abdel-Karim said, noting that the ministry sends prisoners to hospitals when their medical conditions require this.

"The prison administration had moved al-Qadi to Assiut Prison where a state-run hospital is in close proximity," Abdel-Karim told AA on the phone.

Thousands of backers of the ousted president are now in jail, facing charges of violence, inciting violence, and murder.