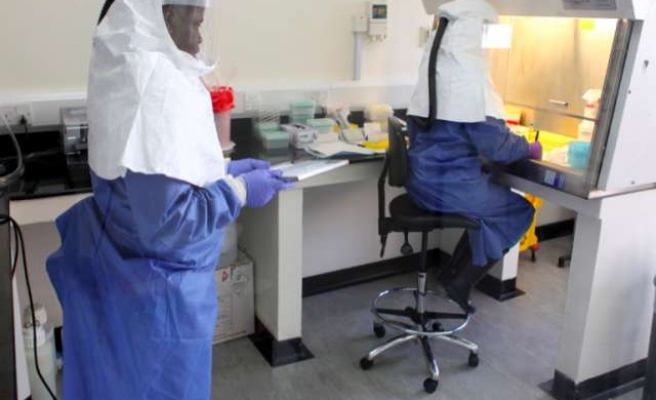 A Sierra Leonean doctor died of Ebola on Tuesday, a medical source said, bringing to seven the number of doctors killed by the virus savaging the nation's healthcare system.

Still recovering from years of conflict, Sierra Leone has seen at least 128 of its health personnel infected by Ebola as staff working in general wards and special treatment centres have been exposed to the disease.

"Dr Michael Kargbo died this afternoon," said a senior health worker at the Hastings Treatment Center in the outskirts of Freetown, asking not to be named. There was no official comment.

It was not clear how Kargbo, a 64-year-old dermatologist working at the Magburaka Government Hospital, was infected with Ebola as he was not serving in a frontline Ebola treatment unit.

All seven Sierra Leonean doctors who have contracted Ebola have died. Kargbo's death comes a day after Dr. Martin Salia died in the United States after being evacuated from Sierra Leone for treatment.

The worst Ebola outbreak on record has killed over 5,000 people, mainly in Guinea, Liberia and Sierra Leone. Mali is facing a new wave of cases but Senegal and Nigeria have successfully contained outbreaks.

Having been the worst affected nation, Liberia has seen the number of Ebola cases ease off and President Ellen Johnson Sirleaf has set a goal having no new cases by Dec. 25.

However, U.N. officials say the disease is advancing rapidly in Sierra Leone, where there is a lack of treatment centres.