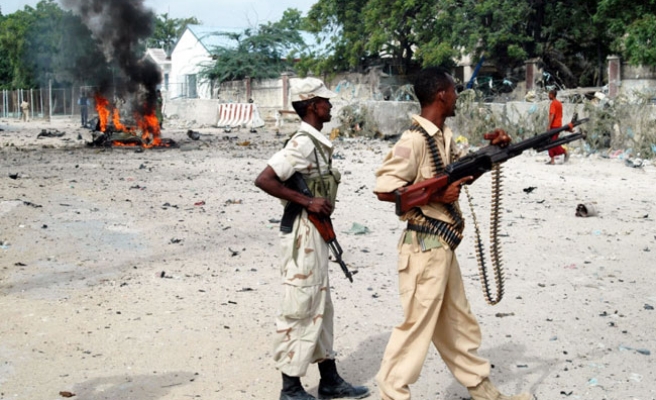 "The commander was detained by the Somali national army," Mohamed Osman, a senior official, told The Anadolu Agency.

He said the top militant, identified as Olow Barow, had been wounded while fighting near Fidow in the Middle Shabelle region.

Barow is now expected to be taken to capital Mogadishu for interrogation.

In recent days, Al-Shabaab training camps in Middle Shabelle, Lower Shabelle and Gedo have been the target of airstrikes.

On Tuesday, at least 27 militants were killed in an airstrike in southern Somalia.

"The airstrike targeted Al-Shabaab camps in Bulo-gudud town in the Lower Jubba region," Col. Mohamed Sheikh Abdi told local media, while refraining from saying who had carried out the strike.

A top Al-Shabaab leader and scores of group members were killed on Saturday near Dinsoor, a town in Somalia's southwestern Bay region, in a strike believed to have been carried out by a U.S. drone.

Dinsoor is one of the few remaining urban centers still controlled by Al-Shabaab, which for several years now has been battling the Mogadishu government.

Since the outbreak of civil war in 1991, the troubled country in the Horn in Africa has remained in the grip of on-again, off-again violence.

Last year, fractious Somalia appeared to inch closer to stability after government troops and African Union forces – deployed in the country since 2007 – drove Al-Shabaab from most of its strongholds.

The militant group, however, has continued to stage attacks against government forces and African peacekeepers.