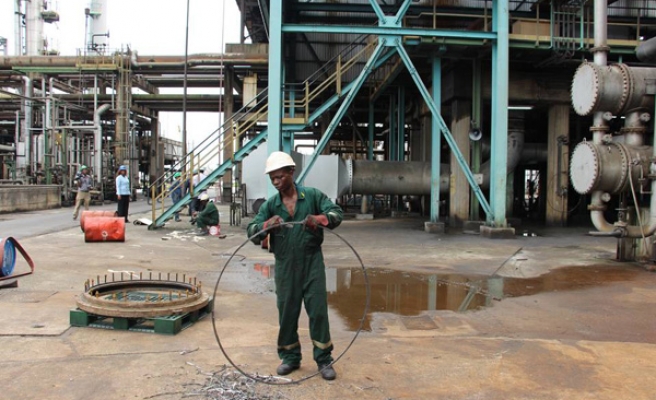 Anglo-Dutch oil giant Shell says it has halted crude exports from a key terminal in southern Nigeria because of a pipeline leak.

The suspension affected crude exports from one of Nigeria's main export points, the Forcados Terminal, which has a capacity of 400,000 barrels a day.

The halt in crude exports was caused by a leak in the Trans Forcados Pipeline, Shell said in a statement released on Wednesday.

The group declared force majeure, a legal term releasing a company from contractual obligations when faced with circumstances beyond its control.

Shell has blamed repeated oil thefts and sabotage of key pipelines as the major cause of spills and pollution in the oil-producing region.

Crude oil theft is a major problem in Nigeria, with estimates that it costs the country some $6 billion (5.4 billion euros) in lost revenue per year.